Still Hating On ‘Game of Thrones’ Is Corny 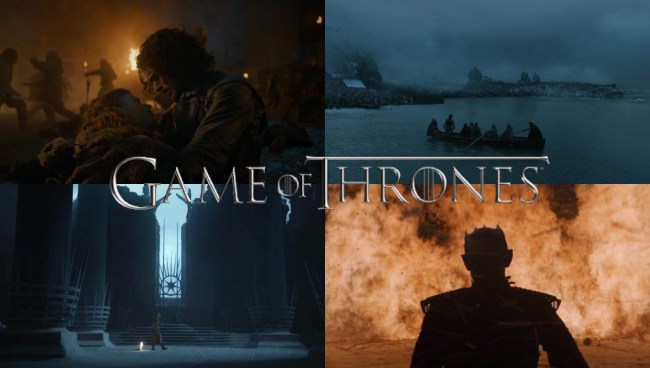 Earlier this week, we brought you the news that HBO had announced “The Iron Anniversary”, a month-long celebration commemorating 10-years of Game of Thrones, which first debuted on April 17, 2011.

“This April, to mark the 10th anniversary of the hit series’ premiere, HBO has launched The Iron Anniversary, a month-long celebration to commemorate the series, engage passionate fans, and ignite audiences’ excitement for the next iteration of the franchise, with “House of the Dragon” slated to begin production this year. A custom spotlight page on HBO Max with personalized curations, a binge-watching marathon, special-edition products, and more, will launch throughout the month,” HBO said in an official press release.

Can you believe it’s been a full decade? I certainly can’t. I was a different man, or rather, a kid when I first started watching Game of Thrones. I actually remember exactly where I was when I decided to start watching the series. It was the Summer of 2015 and I was living down at Rutgers for the Summer, working a stereotypically low-paying yet stress-free college gig. Every day on my way home from work — swear to God, I worked in a literal cornfield picking corn for the university’s science department — I’d stop at one of the local watering holes, The Olive Branch, for some $1.50 Coors Lights and some $0.50 pizza. It was a glorious deal. I tell ya, those college prices certainly hit different through the ever-expensive prism of adulthood.

So, there I was, covered in sweat and mulch and corn residue, slamming Coors Lights and Chuck-e-Cheese-adjacent pizza as I stared at whatever random baseball game was playing on the TV above me (given that it *was* the Summer of 2015, my Mets were also World Series bound), when I hear a couple of girls from across the bar agonizing over the death of Jon Snow. Now, while I wasn’t an active Thrones fan at the time, I’d certainly heard of Jon Snow. The dude was *everywhere* that Summer, making his then-shocking death all the more newsworthy. Perhaps for the first time — more than the beheading of beloved Ned Stark or The Red Wedding, which were pop-cultural events in and of themselves — Game of Thrones had truly broken through to the mainstream. Enough was enough, I decided: “My binge-watch starts tonight.”

I got in the Westeros game a little late, but watching those final three seasons with my boys every Sunday in the years following is something I’ll never forget. The experience of Game of Thrones is something I’ll never forget, regardless of my grievances when it comes to the final season. And that, finally, brings us to the point of this article: Game of Thrones grievances.

As HBO rolls out the marketing material for this month-long celebration, barely two years after Game of Thrones went down in admitted flames, the primary response from the fandom has been one of vitriol. As Tyrion once said about King’s Landing, “if you want justice, you’ve come to the wrong place.”

And to that, I ask: why? Why carry the burden of resentment? Why let the parts override the sum? Would you want to be remembered for the worst thing you ever did, or for your life — your body of work — as a whole? Game of Thrones was, in every sense in the word, revolutionary. For a very long time. It shattered norms and records alike, pushing both the budgets and the boundaries of the medium itself. It reinvented television in ways only previously accomplished by Mount Rushmore entries such as The Sopranos or Breaking Bad. It made memories for you. I despise the decisions of David Benioff and D.B. Weiss in those final six episodes as much as anyone, but to allow eight hours to carry more weight than the previous ~65+ is a level of defeatism I simply cannot subscribe to. Life is far too short to be weighed down by indignation, let alone when a TV series about magic and dragons is the source of said anger. The sooner you let go of your final season grievances and allow yourself to revel in the masterpiece that Game of Thrones was, the better. After all, we know how choosing violence turns out, anyway.