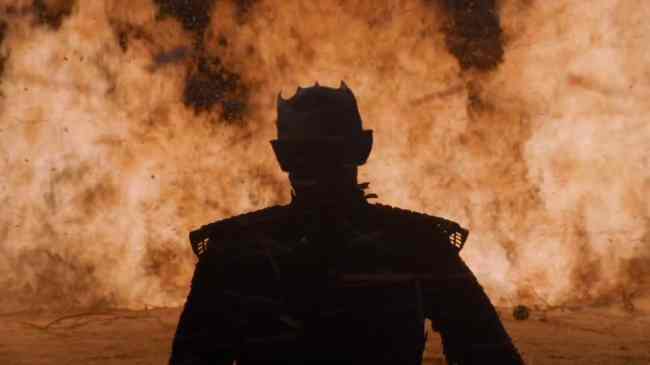 The discussion around Game of Thrones and its final season is so layered, so multifaceted, so fascinating, that I hope there’s a college course built around it one day that studies the rise and fall of pop culture empires.

Four years ago, Game of Thrones was on a trajectory that could’ve seen the series wind up among the top three all-time. Not only was the series a special effects spectacle unlike anything we’d ever seen on television, but the depth of character and plot was on par with that of TV greats such as Breaking Bad, The Sopranos, and The Wire. And then… season eight happened, and the rest is history.

Despite the lingering vitriol surround Game of Thrones‘ eighth and final season (which aired back in 2019), HBO bravely announced “The Iron Anniversary”, a month-long celebration commemorating the premiere of Game of Thrones’ first season, which debuted on April 17, 2011.

“This April, to mark the 10th anniversary of the hit series’ premiere, HBO has launched The Iron Anniversary, a month-long celebration to commemorate the series, engage passionate fans, and ignite audiences’ excitement for the next iteration of the franchise, with “House of the Dragon” slated to begin production this year. A custom spotlight page on HBO Max with personalized curations, a binge-watching marathon, special-edition products, and more, will launch throughout the month,” HBO said in an official press release.

HBO announces The Iron Anniversary, a month-long celebration to commemorate the 10th anniversary of ‘Game of Thrones’ ⚔️🐉

Naturally, the internet was quick to remind HBO that if they’re looking for justice, they’ve come to the wrong place:

Apologize for what happened to Daenerys then we’ll talk

Yep we’re going to ignore that

Yup. Until the last season I would rewatch the entire series 2-3 times a year. Haven't watched an episode since.

Destroyed the whole thing by rushing the last season or so. I would have watched them over and over again if it wasn’t for knowing how poor the pay off for my time would be

If only you didn't ruin this show's legacy with that shitty last season… pic.twitter.com/AvGgPMo4Or

You guys killed the series with the last two seasons. I wish I never watched.

Trust me, while I loathed Game of Thrones’ final six episodes as much as anyone — especially because I’m someone who spent his entire professional entertainment writing career covering the series — discounting the truly revolutionary television that came before is a plain example of unnecessarily throwing out the baby with the bathwater. Yes, Game of Thrones’ seventh and eighth seasons were far below the standard it previously set, and that deserves to be accounted for when considering its legacy, but to entirely discount the series as a whole because of grievances with its ending is far too defeatist for me. The 2007 New England Patriots ultimately lost the Super Bowl and went 18-1 but are still considered one of the greatest NFL teams of all time. Such is the fate of Game of Thrones.

RELATED: HBO Has Six ‘Game of Thrones’ Projects In The Works