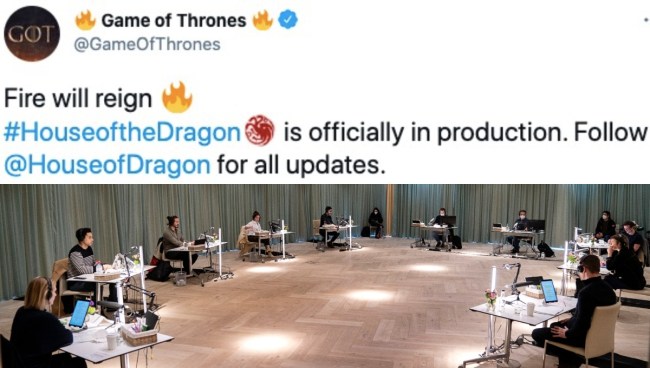 If you follow along with my writing here at BroBible — If so, thank you! If you’re ever in Manhattan, I owe you a beer — then you’ll know I’ve taken up the task of White Knighting for Game of Thrones. And frankly, my newfound desire to defend the series has nothing to do with the series itself and everything to do with the hive-mind mentality that surrounds it.

Given that my livelihood exists in and relies on the online pop culture space, I like to believe I have a solid grasp on the pulse of the community movie/TV community. And let me tell you: people remain fucking FURIOUS at Game of Thrones. Absolutely livid. Anytime it’s mentioned in any context, the torches are lit, the pitchforks are wielded.

And while it’s deserved, it’s also absurd: the final season of Game of Thrones was a trainwreck, but allowing that to discount the historic television that came before is just foolish. That’s like determining the winner of a football game by only using the score from the 4th quarter — it just isn’t fair. Using that logic, I remain excited for House of the Dragon. Why waste energy on hating something I haven’t even seen yet?

Still, despite my best efforts, hating on Game of Thrones absolutely remains hot on the internet streets, as evidenced by the immediate public execution unleashed on Twitter when the series’ official Twitter account formally announced that production on the prequel series House of the Dragon had begun.

Disappointed but not surprised. I was really hoping for a S8 remake.

Jon was Targaryen for no reason.

thats it… spent all morning teasing for a picture of an office??? this account just exist to disappoint now huh

Can you cancel this series because GoT last two seasons were utter trash.

Hoping the level of detail isn't like game of thrones pic.twitter.com/MIqSfMcbNQ

A fuckton of buildup for a disappointing payoff. They stay on brand at least.

Look, I don’t want to overstate things, but it appears as though our collective disgust with David Benioff and D.B. Weiss may hold the key to world peace:

I don’t even need to speak French to know that you’re saying fuck these guys.