Baggage Handler Shows How Bags Are Loaded Underneath Planes 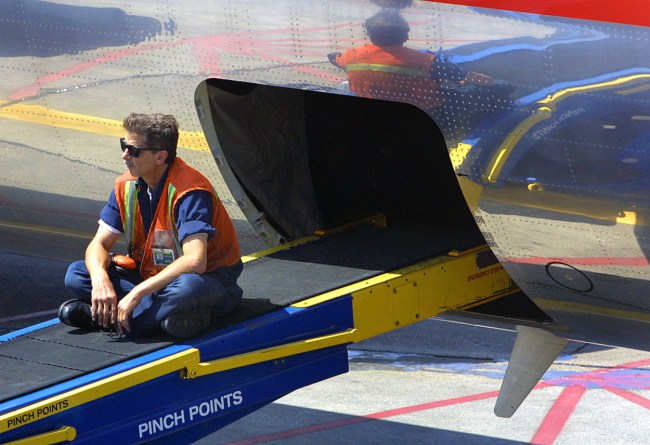 One of the many stresses while flying is worrying about your checked luggage. Sure, you check your bag and watch it go down some conveyor belt, but who knows whether or not it’ll actually make it on your flight. From there, you then start to worry about baggage handlers actually handling your bag with any care at all when they load it onto the plane.

Anyone that’s ever had a window seat on a plane has seen baggage handlers drop, throw, and slam bags onto the conveyor belt that moves bags underneath the plane. But what actually happens underneath the airplane when it comes to your bags? They don’t just magically arrange themselves straight off of the conveyor belt, someone is scrunched underneath arranging all of the luggage.

TikTok user djsugue has given the world an inside look at what goes on underneath the plane and how bags are arranged ahead of takeoff. As he mentions in the video, it’s essentially a giant game of Tetris, only he’s dealing with people’s actual belongings.

It goes without saying that not all baggage handlers are as careful as djsugue is here. It’s a guarantee on any flight that during the boarding process you’re going hear loud bangs and thuds underneath your seat either from baggage handlers tossing your bags around or an entire pile falling over.

He posted a second video, on what appears to be underneath a larger plane, of him using a rolling conveyor belt where other workers roll the bags over to him so he can get to stacking.

If you notice, he’s putting the hardshell bags on the bottom, while the softer, smaller bags make their way on top of the pile.