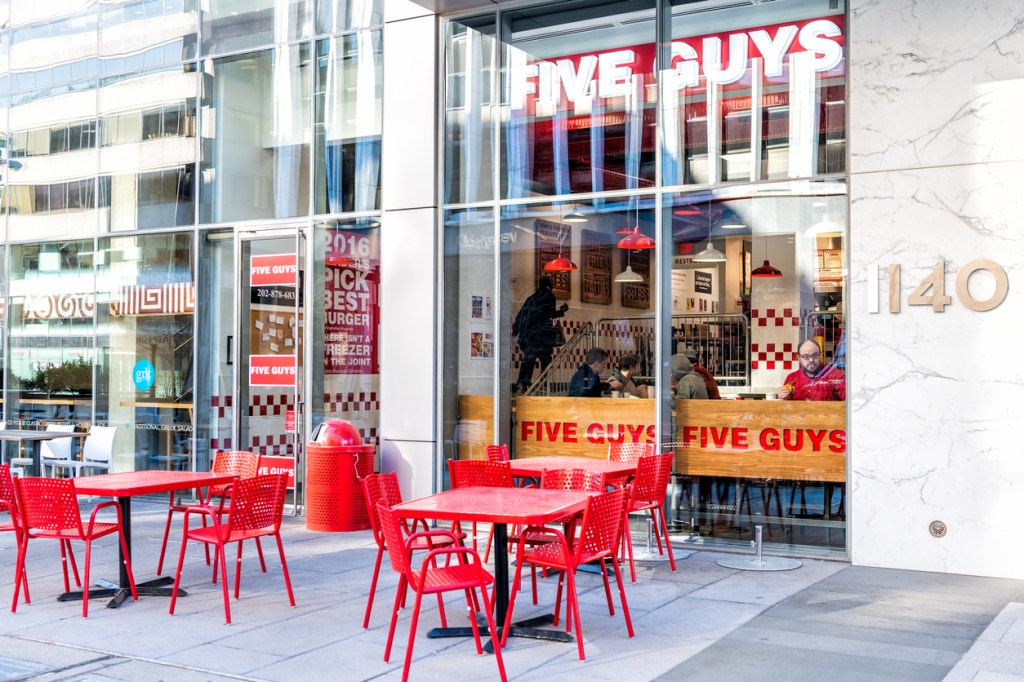 Five Guys always winds up on lists of the ‘best fast-food french fries’ and if we’re being honest, I’ve never understood it. I can count the number of times I’ve eaten Five Guys on one hand but that’s because I actively avoid it due to sub-par experiences in the past.

After seeing this viral video below I’m going to give Five Guys another chance.

Their fries are fresh. They cut them from whole potatoes right there in the kitchen. The potatoes are then washed and soaked before going into the fryer. And it’s really as fresh of an experience as you can possibly have with french fries.

This first TikTok has already been viewed millions of times and counting!

How Five Guys French Fries Are Really Made

@Five guys #fyp food… this is how we cook/make our regular fries. I’ll make the Cajun next😅.

My first Five Guys experience was probably too hyped up by friends. They made it seem like we were about to have a life-altering experience. It was fine. I tried it again 2 or 3 more times and it was underwhelming each time. This isn’t a knock on Five Guys, it’s just been my experience. And like I said above, I plan on trying it again now.

There’s a lot to be said about Fast Food that’s made fresh. People like myself on the East Coast are often wary of the In-N-Out obsession on the West Coast but that all comes down to freshness. Their ingredients are fresh and their supply chain is short to ensure that. These Five Guys fries are as fresh as they can possibly be and I think I’ve been looking at them all wrong for years. There’s a Five Guys three miles from my house, I’ll eat it for lunch today or tomorrow and report back on my changed opinion.