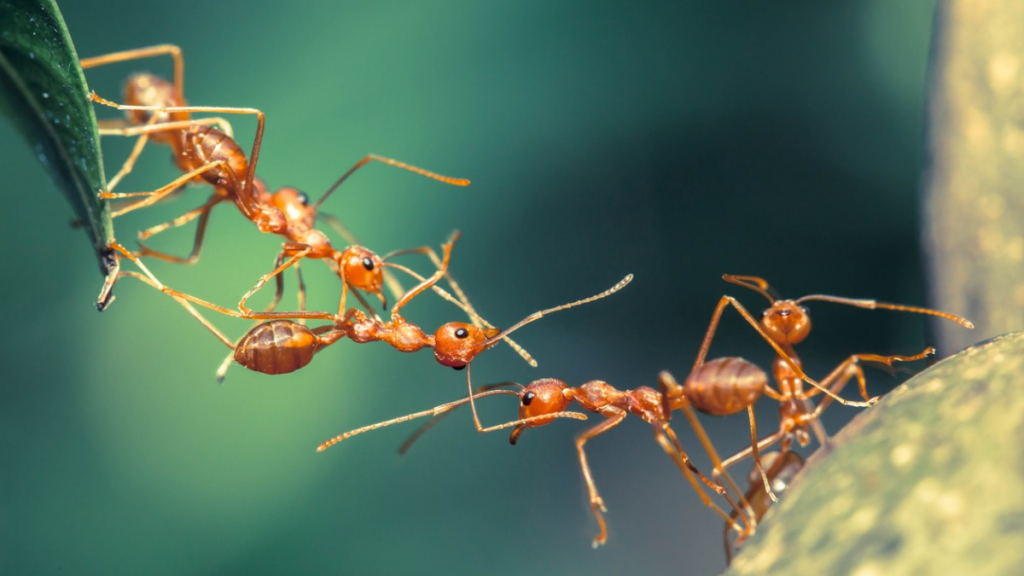 How many ants are there on earth? This is a question that has plagued everyone from the scientific community to me as a little kid after discovering a massive ant pile in my parent’s backyard. I was wondering how many ants there are on earth as recently as last weekend when I watched someone close to me unknowingly step on an ant hill and get crushed.

In a paper published in the Proceedings of the National Academy of Sciences a team of scientists blew the world away by revealing how many ants there are and honestly, that number is so large that we humans are not readily equipped to process it.

How Many Ants There Are On Earth: 20 Trillion

By analyzing 489 studies, the team from the University of Hong Kong determined the ‘total abundance of ground-dwelling ants at over 3 × 10^15 and estimate the number of all ants on Earth to be almost 20 × 10^15 individuals.’ If that doesn’t mean anything to you, you’re not alone.

Put another way, the total biomass (total weight of all ants in existence) is ‘∼12 megatons of dry carbon’ which is roughly equivalent to 20% of all human biomass on earth. We are very lucky (most) ants are small.

Still, when thinking about how many ants there are on earth it’s hard to look at something like ’20 × 10^15 individuals’ and be able to process that. So, consider this quote from WaPo

If all the ants were plucked from the ground and put on a scale, they would outweigh all the wild birds and mammals put together. For every person, there are about 2.5 million ants.

Putting this into context we can understand so we can fully grasp how many ants are on this planet.

Read that again and really let that sink in. How many ants are there? Well, combined they’d weigh more than ALL BIRDS AND MAMMALS combined.

If you’re like me and have trouble contextualizing these massive numbers of how many ants there are on earth, this may or may not help. The world’s largest ant colony, an ‘Argentine super colony’, spans more than 6,000 kilometers in the Mediterranean region of Europe. That’s over 3,728 miles of a single super ant colony in Europe! These Argentine ants were accidentally introduced to Europe over 80 years ago and have absolutely flourished.

And in the United States, there’s a super colony in California that stretches 560 miles up the California coast!

Other fun and fascinating facts about ants!

And I know we came here to discuss how many ants there are on on the planet but there’s just so much more to talk about! There are over 12,000 different species of ants on earth. Almost all of them are red, black, or brown. There’s no ‘peacocking’ with this species, for the most part.

Because ants mainly feast on plants and decaying vegetation, the only places on earth where ants are found are Antarctica, Greenland, and Iceland (and a few small islands). That doesn’t mean there isn’t a single living ant on Greenland or Iceland. One could easily get unknowingly smuggled in via luggage, but they don’t last.

The Stuff You Should Know podcast with Josh and David has a really great 2-part series on ants for anyone who finds them fascinating and wants to learn more. I guarantee you’ll leave from listening having learned a lot!

The paper titled ‘The abundance, biomass, and distribution of ants on Earth’ is available to read for free (behind a soft paywall) on PNAS for anyone out there who wants to see how this study was conducted.