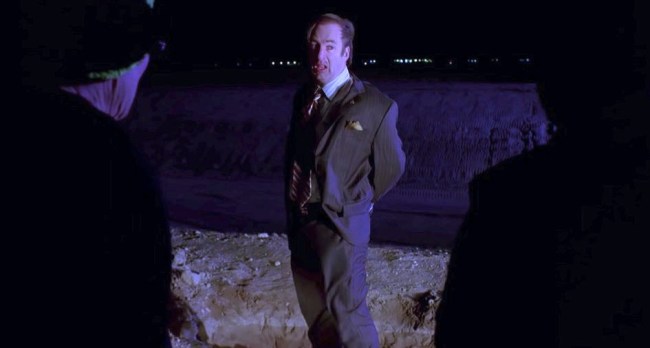 Update 4/20 (WARNING: Spoilers for the Season 5 finale of Better Call Saul will follow).

With the cliff hanger ending of season five, we now (probably) know what Saul Goodman meant when he first crossed paths with Walter White and Jessie Pinkman in Breaking Bad.

If you recall, in the Breaking Bad season two episode titled “Better Call Saul”, Saul desperately pleaded with a ski-masked Walt and Jesse, screaming that “It wasn’t me, it was Ignacio! He’s the one! Lalo didn’t send you? No Lalo? Oh, thank god!” as he sat in the dirt on his knees, begging for his life. (Ignacio is Nacho, a major character in BCS).

Given the events of tonight’s episode, it stands to reason that this is exactly what Saul is referring to: the attempt on Lalo Salamanca’s life. He probably thought the cartel was going to kill him for what happened at the Salamanca compound and Saul tried to (correctly) place the blame on Nacho.

On Sunday, Better Call Saul — quietly one of the best shows on television — returned for its season five premiere, and with it, essentially began the endgame of the series.

While the show is obviously titled Better Call Saul, it took four seasons for the plot to actually reach the point where Saul Goodman is the main character instead of Jimmy McGill — and now where here.

As Better Call Saul careens closer to Saul Goodman, that means it also inches closer towards bleeding into Breaking Bad lore, as the amount of memorable characters from the original series has steadily increased with each passing season. And in this season, the connection from Better Call Saul to Breaking Bad actually links to the exact moment that Saul Goodman began legally representing Walter White and Jesse Pinkman.

In the aptly-titled Breaking Bad season 2 episode “Better Call Saul,” there’s a scene where Walter White and Jesse Pinkman kidnap Saul to threaten him into taking a bribe. Upon being captured, Saul pleads for his life, saying, “It wasn’t me, it was Ignacio! He’s the one!” (a reference to Better Call Saul character Nacho Varga, key member of the Salamanca cartel). Saul is relieved to learn Walt and Jesse weren’t sent by the mysterious Lalo, suggesting things went sideways there.

Lalo actor Tony Dalton was promoted to series regular for season 5, meaning he’ll have a larger role this time around. And since both Saul and Nacho have ties to Lalo, it stands reason to believe that their paths will cross at some point in the near future. [via ScreenRant] 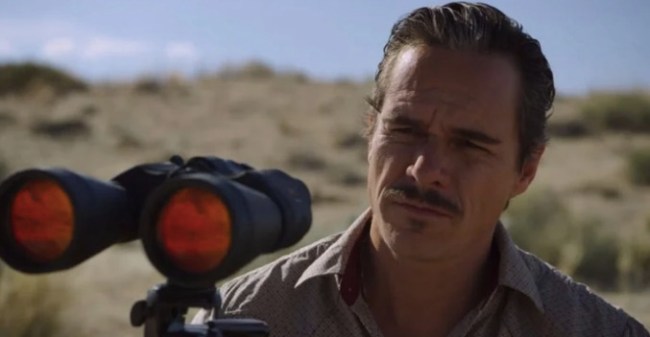 Just epic — only could the minds behind the Breaking Bad/Better Call Saul universe could find a way to retroactively expand what was originally a toss-away line.