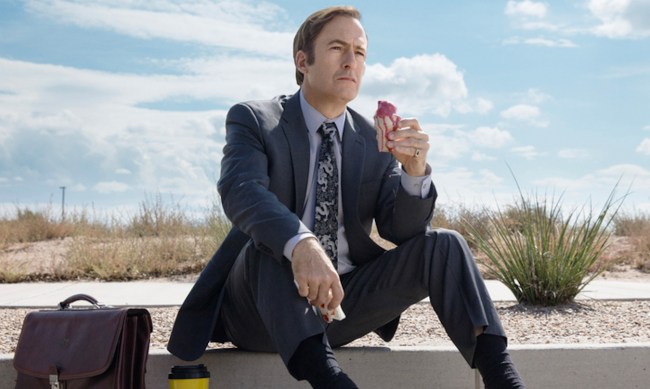 With the season five premiere of Better Call Saul just about a month away, AMC has made an official announcement regarding the future of the show.

Speaking at the Television Critics Association this week, Peter Gould — the showrunner and executive producer of Better Call Saul — revealed that AMC has ordered a sixth and final 13-episode season.

As IndieWire points out, the series will run exactly one episode longer than Breaking Bad did: Better Call Saul’s episode total will conclude at 63, while Breaking Bad clocked in at 62 episodes.

“When we started, what we wanted to do is tell the complete story. I’m happy to be able to say we’re going to be able to do that,” Gould said.

“How it ends, I would say, we didn’t have much of an idea either. For the first four seasons, it was very foggy. During the breaking of Season 5, the fog started to lift. We started to see where it ends, and I have to say, none of it is where I expected when we started.”

Season five of Better Call Saul — which will consist of ten episodes and is set to see Jimmy McGill finally and truly lean into his Saul Goodman persona — will premiere on AMC on Sunday, February 23.