Hug Your Marijuana Bicycle Delivery Person Before They Become Extinct 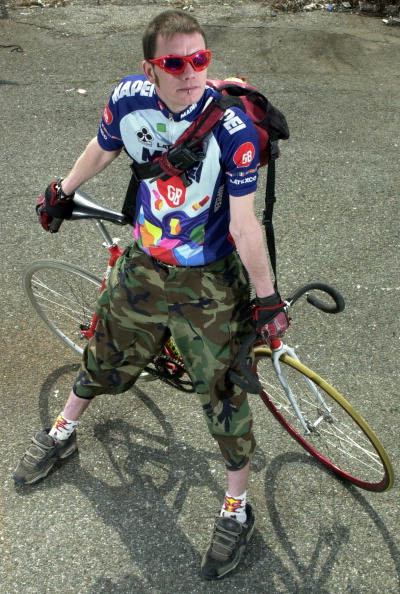 Do you remember the last time you were in a bookstore? Not a Barnes & Noble or a Hudson Booksellers at the airport; a real bookstore—Meg Ryan’s place in You’ve Got Mail. Jangly bell at the door, tea counter staffed by a Zooey Deschanel cousin for whom you instantly fall, head over Doc Martens heels, until you attend her storytelling mic and she’s by far the worst: flat tone, insipid narrative, verbose… a cat person, as in a person who might as well be a cat. A book store! Where the Stephen Merchant-looking manager, all legs and forehead, has read every book in the store and will recommend something so dark and confusing that you fear for those around him. A book store.

I love bookstores. I also love marijuana. Here’s where these love interests meet: bookstores are toast, bulldozed by Bezos’ unfathomably convenient empire. Marijuana is booming, but the local bookstores of marijuana—bicycle delivery runners—are peddling (and pedaling) their last strains. Their Amazon? Legalization.

In my relatively short life, no culture has changed more dramatically than the culture of weed. I tasted my first buds in 2006, a time when they were far harder to procure. If you wanted to find weed in Southern Maine in 2006, you had to jump through some flaming, barbed-wire hoops man. I asked around on AIM, messaged a kid who was allegedly holding, and agreed to meet him in the big city later that night. The big city was Portland, Maine—population 66,000, congested, overwhelming, and no place for a promising soccer/acapella star with a maxed-out AP curriculum that fall. Fortunately, I knew the kid a bit from travel soccer. It wasn’t surprising that he had become a huge stoner. He was bad at soccer. Wondering how to keep your daughter off the needle? Soccer.

His name was Kyle. Probably still is. I don’t know, he may have spent time in prison, where people change their names. He might go by Krazy Kyle now, or Winky Bullets or Hook Butter. Back then, he was Kyle, and he was parked on a hill in the worst car I’d seen. It was a used Chrysler with that old star logo, and a shade of maroon that seemed to beg for Xzibit’s help. I climbed into the back because he had a friend in the passenger seat—Kevin. Kevin was the goalie on the soccer team and had let his life slide away. I guess soccer doesn’t work for everyone.

They were excited about the weed they had. Somehow, they’d managed to get their hands on a bag of Blueberry. Leafly calls it “a true A-list cannabis strain” where “the sweet flavors of fresh blueberries combine with relaxing effects to produce a long-lasting sense of euphoria.” (Leafly.com) Kyle or Kevin passed me a bowl to taste it, and I asked them to light it and also put their thumb over that side hole because I couldn’t handle all that; I could only focus on sucking. Like when you lose your virginity to a far more experienced lady and you ask her to put the condom on, then also put it in the hole you can’t find, and stay on top the entire time, and grab a tissue box because you’re crying after because the condom broke and twins are growing now and how will you afford 2x the diapers and formula on your summer camp counselor wages? How will this affect my soccer?

It was a long time ago, but I don’t remember tasting the sweet flavors of fresh blueberries. I tasted the car, that’s for sure. It seemed like the exhaust pipe was blowing inside. Like we were committing suicide together. I bought the rest of the bag, which was rolled up in a loose sandwich bag and tied with a balloon knot. $50 for the underweight “eighth” but man oh man, when you had a bag of weed? You were a king. I drove it back to my friends and we smoked it on a beach under a bridge. Nobody paid me and it was gone in minutes. 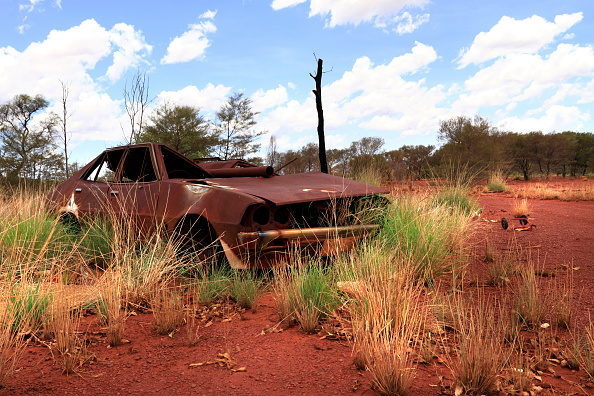 Of course, if you were a kid in California, it was a lot easier. But in Maine, that’s what it took back then: ask a bunch of people on AOL instant messenger, get in touch with the guy, scrounge together 80% of your net worth, drive 40 minutes into the city, get into his car, let him and his buddy smoke a bunch of the weed you just bought, drive back on a dark highway that feels like Rainbow Road because you’re so high, and watch it evaporate among your voracious friends.

Fast forward to New York City, today. I text “can I get a delivery?” to a number. That number responds “Hey Fran! Are you home with cash ready? Our runner Allen will be there in 15 minutes. Have a great night!”

Allen arrives, early, his bike helmet clipped to the back of his bag. He’s got more buckles and chains and straps than my dom, Lady Draculabia. He’s only doing this part-time to pay his way through his biomedical engineering PhD at Columbia. “It was more lucrative than driving for Uber, plus the people are nicer.” He sits next to me on my couch and unrolls a tarp with about 50 pockets sewn into it—little plastic windows containing small, colorfully-branded bags of weed with the coolest names ever: Gorilla Glue, White Widow, Motown Lockdown, and all their parents and cousins and children. He’s also got tinctures, pre-roll joints dipped in kief, candies, lozenges, lube, tinctures, vape pods, wax, shatter, and on and on.

Allen is Santa Claus and Elon Musk and a U.N. aid tent in one. He’s polite, efficient, affable, and serene. He took his shoes off at the door. He asked me what sort of music I play on my piano. He doesn’t ask to use my bathroom. If he had time for me, we’d be friends. We shake hands goodbye, but I’d have preferred a hug.

The HBO show High Maintenance is based on people like Allen. I haven’t seen it but critics love it. If you live in New York and you like weed, you probably have an Allen in your life. But not for long.

Marijuana is barreling towards legalization in New York. When I’m on the road in California or Colorado or Washington, I fly home with a few loose THC caramels stuffed into the toes of my running shoes, sweating as I go through security. Massachusetts just joined the party, and Governor Cuomo said New York is due. We’re not far from seeing weed shops on Bleecker St, Fifth Avenue, and everywhere in between. When that happens, Allen will need a new gig. Hopefully he’ll have that PhD by then.

The point is, hug your friendly neighborhood weed delivery guy/gal before it’s too late.