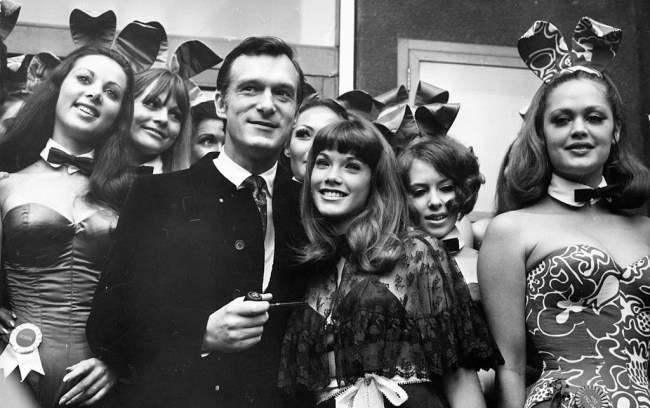 Following the death of Hugh Hefner, many are paying their respects to the revolutionary luminary with glowing tributes. One person who honored Hefner and his legacy is Hunter S. Thompson’s widow. Anita Thompson wanted the world to know about a little-known act of generosity the Playboy founder carried out when she struggling with some of the toughest times of her life.

Anita started the heartfelt tribute by applauding Hefner for his dedication to writers. “Dear Hugh Hefner, Thank you for your contributions to journalism and supporting great writers over the decades. Also, for your friendship after Hunter died. XO Anita,” she wrote on Facebook.

Then Anita thanked Hefner for generously giving her $25,000 after her husband had passed away and their joint checking accounts were frozen by trustees.

Immediately following Hunter’s death, before his wishes that he wrote in his Trust were understood, our joint checking was taken over by trustees, leaving me broke. Out of the blue, Playboy magazine sent me a gift of $25K to help me through the chaos.

Tim Mohr (who conducted Hunter’s last interview for Playboy — republished in my second book “Ancient Gonzo Wisdom” ) editor Bob Love, and Hugh Hefner did this without asking anything in return.

At the time, it felt like a million dollars, and I will always be grateful for that random act of kindness. Rest in Peace Hugh. Thank you again for your generosity and kindness.

You can read about Hunter S. Thompson’s interview with Playboy HERE and you can read his Playboy article titled “Scar Strangled Banger” HERE.