Hunter Tells Wild Story Of Having Bigfoot-Like Creature In His Sights For 20 Minutes: ‘I Was Scared’ 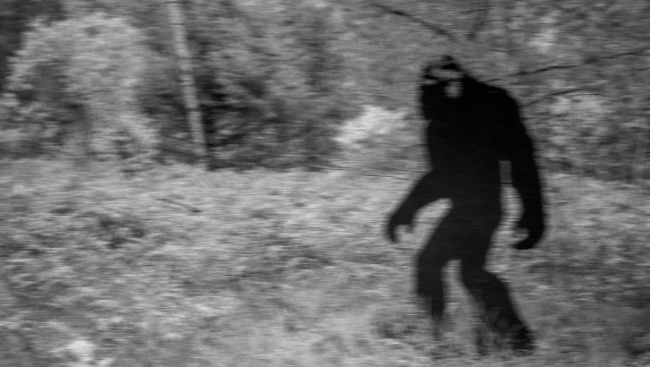 A hunter recently shared a story about how he was hunting in South Carolina one day when he spotted what he thinks could have been the ever-elusive Bigfoot.

“Immediately, when I seen it, it was so black that I said, ‘it’s a bear,” the hunter told the Sasquatch Chronicles podcast.

“I put my gun up immediately because I don’t take binoculars, I use the gun that way when I see something through the scope, if it’s shootable I’m already there. So I put my gun up on the shooting rail, still like kneeled down on the floorboard of the deer stand, and I scoped it and it’s like going down to the ground then it walks a little bit and stands up real tall – like a person – and it’s looking away from me.

“I’m looking at it through my scope and I can’t tell what it is, but it looks like a ghillie suit, like, it don’t look like bear fur,” he continued. “It looks like something you see in a army movie when snipers crawl through the dirt, but it’s more black with a little bit gray and sticks and maybe some mud and leaves. If it was a ghillie suit it was probably the most expensive one ever made because it had to be tailor made, whatever was wearing it was built like a body builder.

“I see a lot of black bears in South Carolina. I know their shape. And this thing had big shoulders, big back.”

The hunter went to explain more about what he was seeing through his scope.

“I’m looking through the scope,” he continued. “He’s about, I’d say, from my deer stand, he’s probably a hundred, he’s past the corn pile and bladed to my right so he’s 140 yards from me.

“I’m zooming in, I’m zooming out, and I’m trying to like, see boots or gloves a hat or something and all I can make out is just a ghillie suit, like something I’ve never seen before, I don’t know.

“They go down, then move forward a little bit, stand up, and I figured that maybe it’s a poacher, a big ole guy, big muscled up man in a high dollar suit, but there was no gun.”

He says at one point the Bigfoot-looking creature walked up to a tree, stretched and scratched the back of its left leg on it and eventually moved as close as 40 yards to him.

“If it’s a bear or a poacher, that’s fine, I’ve seen both,” he continued. “I’ve never seen a poacher this big or have this kind of suit, and if he’s a poacher where’s his gun?”

At this point, the hunter says the situation with the Bigfoot-like creature got “creepy”

“He made a crazy move then. He spun [while on all fours] to look my direction, and it’s going to sound weird, but I’m just telling you, he spun like a spider. He went hundred and eighty like immediately, which freaked me out and I flipped my safety off because it was crazy how fast this thing flipped around and it was all stretched out, which was crazy.”

Finally, he waved his hand at the creature.

“It bolts … and I’d say it probably had to close to between 60 and 100 yards in about three seconds.

“It went from flat on its belly to its knees to standing and leaping completely off the middle of the road to like 30 feet to its left and then it ran so quick it looked like it was like on a zipline.”

He later admitted that he was understandably “scared” while all this encounter with he thinks may have been a Bigfoot was going on because he’s been dropped off in the area and no one was coming back to get him for another two hours and he didn’t have a cell phone or a radio on him.