Here’s A Trailer For A Movie That Features Jennifer Lopez As A Stripper, So There’s That 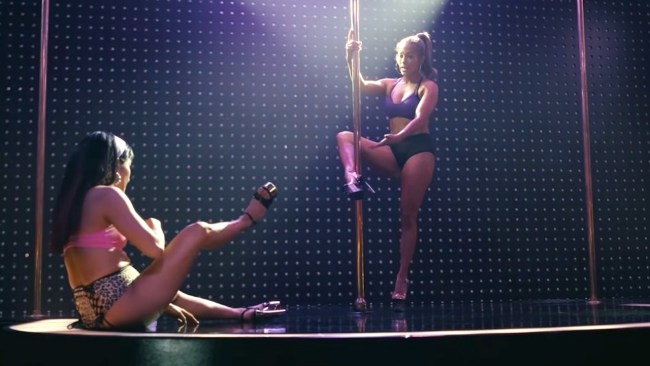 Let’s level with each other, shall we? Neither you nor I is going to see this movie in theaters (unless, of course, our girlfriends force us to because we’ve been binging It’s Always Sunny in Philadelphia for the last 3 weeks straight and this is their version of entertainment-based payback).

But just because we aren’t going to actually see the movie does not mean we still can’t be fans, especially when the premise is a bunch of strippers robbing the suits of Wall Street, AND when one of those strippers is being played by the female Benjamin Button, Jennifer Lopez.

Based on “The Hustlers at Scores”, an article that appeared in New York magazine written by Jessica Pressler back in 2015, Hustlers tells the story of a group of New York City strippers who ripped off swanky Wall Street businessmen in a series of Robin Hoodesque robberies.

Sure, why not? Let’s roll with that.

Actually, in all seriousness, that’s a pretty well put together trailer that has raised my excitement from 6% to about an 18%.

Actually, fuck it, maybe I will go see this movie. I’ve gone and talked myself into it. J. Lo, man.

‘Hustlers’ — which was written and directed by Lorene Scafaria and produced by Will Ferrell and Adam McKay — will be released in theaters in the United States on Friday, September 13, 2019.