The Internet Has Found An ‘ICE Bae’, Proving That We May Be Living In The Matrix After All 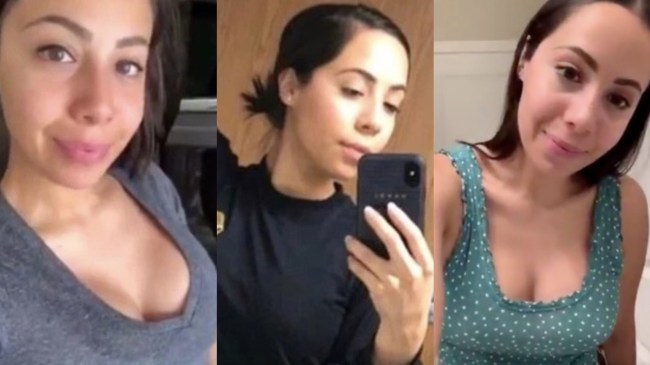 No matter which side of the political aisle you fall on, the images out of these facilities can be quite difficult to swallow. Unless, of course, you didn’t notice the dire living conditions of the immigrants at all because you were too busy focusing on Latina Border Patrol Agent who has since been dubbed “ICE Bae”.

That’s right, people, one of Twitters’s biggest takeaways from VP Mike Pence’s to the Rio Grande Valley border facilities was the attractive agent who was pictured standing near him.

The agent, who has since been identified as Kiara Cervante, created a Twitter account on Sunday night to respond to the internet attention she has been receiving and has already racked up over 29,000 followers.

“Soooo it’s crazy… but here I am. I’m hearing something about a viral picture. I would like to say I was just doing my job, providing security for the visit of Vice President Mike Pence.”

“I am in awe. Thank you all for the support! My job is so hectic at this moment but I am grateful. I love protecting my country! 🇺🇸🇺🇸❤️ And I love my supporters! It was an honor and I take a lot of pride in my job!” Cervante, a customs federal officer, wrote on Twitter.

Cervante also uploaded a quick video on Twitter — which has since racked up over a million views (wonder why?) — to further prove her identity.

Just when I thought the internet had finally run out of ways to surprise me, a wildly attractive customs federal officer named “ICE Bae” appears, which can only mean one thing: we’re actually living the Matrix after all.