If These Hamptons Protestors Make Me Late For My Shinnecock Tee Time, I’ll Be Forced To Get Father’s Friends Involved 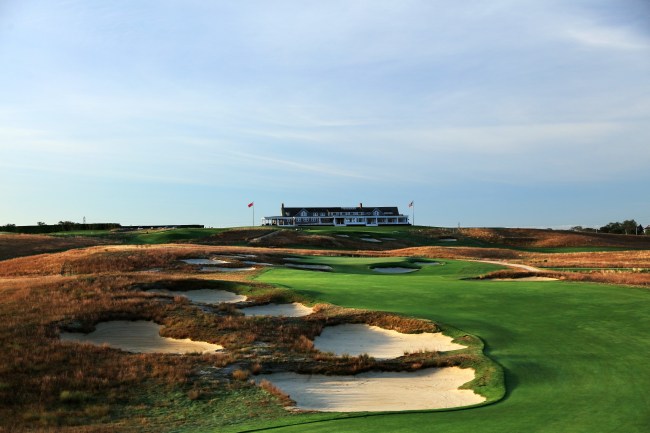 Yesterday, an army of angry protestors descended upon the gravel, tree-lined driveways of billionaires’ row in Southampton to voice their anger at our nation’s growing income inequality. Thank God they didn’t know any of the gate access codes, or untold wine cellars might have been contaminated.

A caravan of protesters — some wielding plastic pitchforks — descended on the Hamptons Wednesday to blast the rich and decry the nation’s rising income inequality.

More than 100 drivers and about 200 marchers paid a visit to the homes of some of the world’s wealthiest people, including ex-New York City Mayor Mike Bloomberg.

“Tax the rich, not the poor!” the protesters chanted outside Bloomberg’s $20 million Southhampton mansion, with some calling the failed presidential candidate a “looter.”

Ignoring the environmentally tone deaf ramifications of plastic pitchforks, I sympathize with these disgruntled denizens. I’m a man of the people. We’ve all seen the John Deere tractor that I piloted to plow our driveway as a boy. We’ve seen my firewood splitting technique. Hell, just two weeks ago, I stayed in a house with no air conditioning. There is no fan on earth that can play a convincing understudy to air conditioning, I’m sorry. I was forced to suck it up for two nights, thrusting aside the comforter, tossing and turning under a sheet like some displaced child, rescued from the system, brought in by sympathetic parents, introduced to football, turning scouts’ heads with my size and speed, committing to Ole Miss, raising questions of recruiting violations due to my foster parents’ affiliation with the school, and eventually winning a Superbowl with the Baltimore Ravens. I guess the lesson is, sometimes a few nights without air-conditioning can help you see past the blind side of life.

Sometimes, you have to acknowledge that the income disparity in our country is untenable. These past three months, the rich have added distance between themselves and the middle class. The gulf continues to widen, and that’s infuriating.

I have a 2PM tee time at Shinnecock today. Shinnecock. Heard of it? It’s the Stanford/Yale of world golf courses, ranked around the #3 spot every year. It’s not Harvard, but it’s close. It has hosted the U.S. Open five times. It sits along Montauk Highway in Southampton, but you’d barely know given the thoughtfully-planted shrubbery that separates the golf oasis from people who eat sandwiches for dinner.

Do you have any idea how difficult it is to get a tee time at Shinnecock? Any idea how much massaging is required? First, you have to know a member (good luck). Then you have to convince that member that you’re so fucking good at life that they should be so lucky to spend four hours with you playing golf. You can’t be too forward; you must let them think they’ve arrived at the idea of inviting you to play. It’s a waking inception that plays out over weeks, if not months. Gently, gently, the idea takes shape.

Which is why if one single protestor gets between me and a punctual arrival at the club today, I’ll make it my life’s goal to make sure the peaceful assembly clause of our first amendment does not extend to the Hamptons. If I don’t have at least 45 minutes to roll some putts, I will embark upon a propaganda tour to paint these protestors as Klansmen, 4Chan anarchists, and incels. If I’m not provided ample time to whiff the swirling baby powder of the locker room air, to sip a sweating glass of Arnold Palmer, to chat aimlessly with the starter about Brooks Koepka’s 2018 title, I will petition my congresspeople to introduce bottom-heavy tax laws that doom the lower classes to income stagnancy for generations to come.

Hopefully it won’t come to that. Hopefully, I can continue to help the poor. I’ll leave 15 minutes early just to be safe.