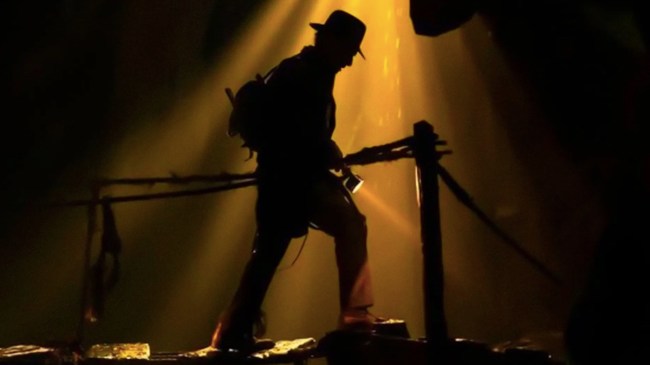 Despite the fact Harrison Ford is now 80 years old, he’s still in the thick of the Hollywood business as he’s currently starring in the Yellowstone spinoff 1923 and will be reprising the iconic role of Indiana Jones one final time next summer.

Indiana Jones 5, the first film in the franchise since 2008’s middling Kingdom of the Crystal Skull, will see the iconic adventurer at the “end of his journey,” according to Ford, who told Empire Magazine he agreed to do the film because “it would be nice to see one where Indiana Jones was at the end of his journey.”

“It became important to me to figure out how to make this a movie about a hero at sunset,” director James Mangold added.

As the Empire Magazine piece details, the film will be set in the year 1969 and will see Indy once again trying to take down Nazis amidst the backdrop of the space race. Additionally, the British film publication has also revealed that Ford will be de-aged to “Raiders-era Indy.” While de-aging technology has been a tenuous proposition in recent years, Ford claims that the technology application in Indiana Jones 5 is “this is the first time I’ve seen it where I believe it.”

First look at Mads Mikkelsen and Boyd Holbrook in #IndianaJones5 🗺

While Indiana Jones might be the final time that Harrison Ford participates in the franchise, it certainly won’t be the last we see of the beloved property as reports from earlier this month indicated that a prequel series is in the works at Disney+.

RELATED: Harrison Ford Paid Tribute To Late ‘The Last Crusade’ Sean Connery As Only He Could