Harrison Ford Pays Tribute To Sean Connery As Only He Could 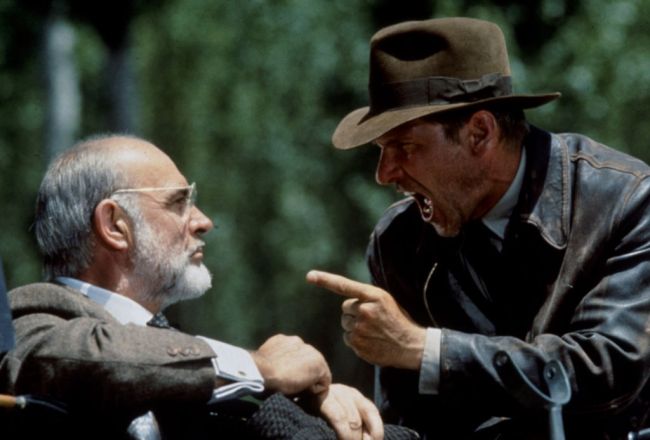 On Saturday, news broke that famed Scottish actor Sean Connery had passed away at the age of 90-years-old, thus prompting tributes to the legendary James Bond actor from all across the globe.

And of all of those tributes, one of the best came from the equally iconic Harrison Ford, who starred alongside Connery in Steven Spielberg’s 1989 film Indiana Jones and the Last Crusade.

Connery, who died peacefully in his sleep in the Bahamas on November 1, famously played Indiana Jones’ father Henry Jones, Sr. in the third installment of the beloved franchise.

Releasing his statement to Deadline, Ford said that if Connery’s in heaven, he hopes they have golf courses.

“He was my father … not in life … but in Indy 3,” Ford said in a statement. “You don’t know pleasure until someone pays you to take Sean Connery for a ride in the sidecar of a Russian motorcycle bouncing along a bumpy, twisty mountain trail and getting to watch him squirm. God we had fun — if he’s in heaven, I hope they have golf courses. Rest in peace dear friend.” [via Deadline]

Classic Harrison Ford: not ask if there’s a heaven, but instead wondering if Connery was allowed in. Even when he’s being sincere, he’s still a curmudgeon.