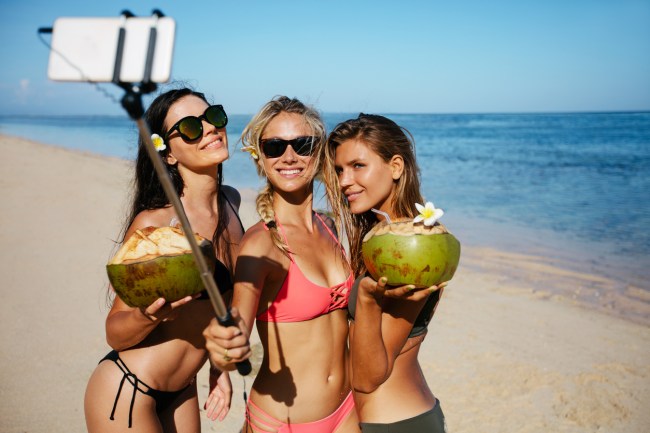 A country made it illegal to secretly edit a model’s appearance in advertiser social media posts. Norway passed a new law outlawing influencers from retouching photos, and even threaten to jail offenders. Instagram models selling energy drinks had better be tread carefully.

Norweigan politicians passed new social media regulations in June, which was an amendment to the country’s Marketing Act. The Norweigan government said the new legislation was passed to help reduce the notion of “idealized people in advertising.”

“Among other things, a duty is introduced to mark retouched or otherwise manipulated advertising when this means that the person’s body in the advertisements deviates from reality in terms of body shape, size and skin,” the new law states.

“Examples of manipulations requiring labeling include enlarged lips, narrowed waists, and exaggerated muscles, but it’s not clear if the same will apply to adjustments of lighting or saturation,” Vice reported.

The new law to fight unrealistic beauty standards affects, and outlaws digital alterations of the body and face. Penalties include fines and even being sentenced to jail.

“The law also covers images from influencers and celebrities if they ‘receive any payment or other benefit’ in relation to the post, including on social media platforms Facebook, Instagram, Snapchat, TikTok, and Twitter,” according to Vice. “Any violations are punishable with escalating fines and, in extreme cases, even imprisonment.”

Can you imagine getting locked up for photoshopping your abs?

“I altered my Instagram photo to make my waist look smaller.”

The Norwegian Ministry of Children and Family Affairs designed a new label to be added to any advertisement posts that have altered someone’s appearance.

“There are so many people that are insecure about their body or face,” Pedersen told the BBC. “I have struggled with body issues because of Instagram, back in the day.”

“The worst part is that I don’t even know if the other girls I looked up to did edit their photos or not,” the model added. “That’s why we all need answers – we need this law.”

The Norwegian monarch King Harald V will decide when the law goes into effect.

A 2018 study by researchers at the University of Pennsylvania found that social media likely causes depression.

“It was striking. What we found over the course of three weeks was that rates of depression and loneliness went down significantly for people who limited their (social media) use,” the authors of the study wrote.