Inside The $1.3 BILLION Mansion Alleged To Be Putin’s Secret Palace, Complete With Strip Clubs And $800 Toilet Brushes 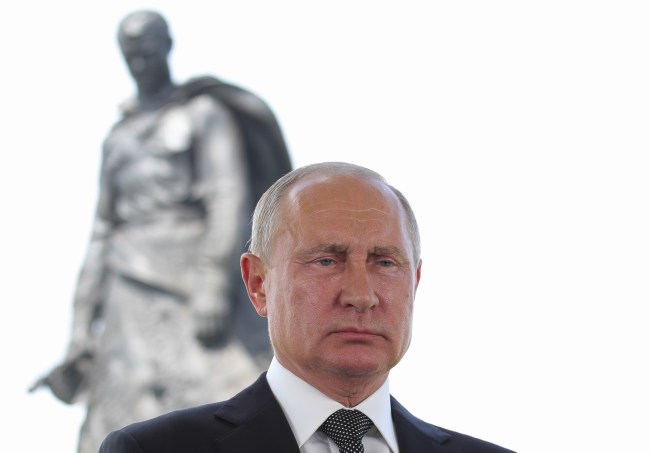 America: Citizens dressed in beaver pelts just stormed our capitol like it was a Best Buy on Black Friday. Political unrest is at an apex.

Anti-corruption activist and Kremlin critic Alexi Navalny is sitting in a Russian jail cell at the moment after being detained after he arrived on January 17 from Berlin, where he had been recovering from a Soviet-era nerve agent poison attack in August 2020 that Navalny and other independent media publications claim was ordered by Putin.

Navalny fell into a coma on the flight from from Siberia to Moscow and the plane was forced to make an emergency landing.

The video claims that the property was paid for “with the largest bribe in history.”

A new investigation released today by Navalny's Anti-Corruption Foundation alleges that a huge estate near Gelendzhik, a Black Sea resort town, was built for Putin at a cost of at least 100 billion rubles, or $1.35 billion at the current exchange rate.https://t.co/GyejY9q0LQ

The property, which is said to be 39 times larger than Monaco, “was built so that it could not be approached either by land, sea, or air” and features amenities like a strip club and $800 toilet brushes.

Navalny leaked the blueprints for Putin’s palace and it looks like the kind of stuff I used to build on the Sims 😭 pic.twitter.com/xm24eiRryM

The report describes various details of the property, and claims it features a casino, an underground ice hockey complex and a vineyard.

“It has impregnable fences, its own port, its own security, a church, its own permit system, a no-fly zone, and even its own border checkpoint,” Mr Navalny says in the video.

“It is a separate state within Russia,” he adds. “And in this state there is a single, irreplaceable tsar. Putin.”

Navalny releases a massive investigation into what he calls the "biggest bribe in history," a 100 billion ruble palace on the Black Sea allegedly built for Putin . His team says now that they've published the architectural plans, he'll be afraid to use it. https://t.co/en79otRcoa pic.twitter.com/C3hIkA1UwA

Bro, is that Dance, Dance Revolution?? Are we at the most expensive home in Russia or the Springfield mall in 2004? Grow up, dude.

Russian diplomat Dmitry Peskov denies the report that has gone viral internationally: “These are all absolutely unfounded claims,” he said. “This is pure nonsense and… there’s nothing else in it.”

I choose to believe the person who wasn’t involved in poisoning one of its own citizens, but you can make your own call on the matter.