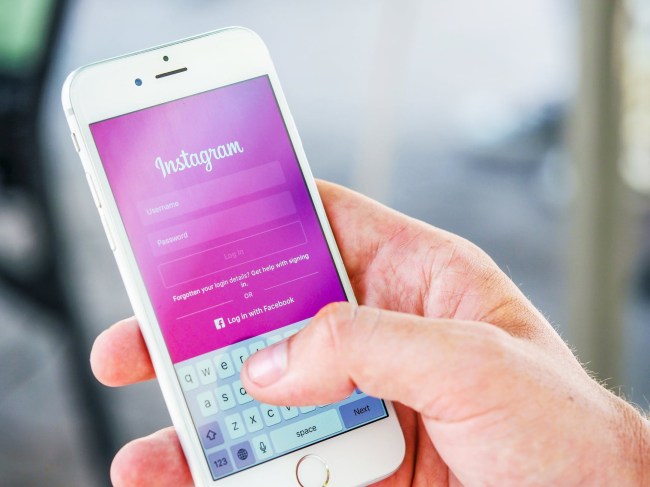 I don’t care who you are, there’s a very high probability that, at some point in your life, you’ve slid into DMs of a few girls on Instagram. Hey, that’s cool, we’re all guilty of doing it. After all, shooters gonna shoot, so why miss a potential opportunity by not even taking the chance, right?

While Instagram is meant to be a social network where we detail all of our lives on, posting extravagant photos and videos because, you know, it’s all about the ‘gram, that’s not always how people use it — especially guys. While online dating apps are cool and all, many dudes find themselves either embarrassed or bored with the selection on them, opting for a different way of trying to meet someone. And, as you can probably guess, that means lots of DMs to girls they come across on Instagram.

Thanks to a new study from Mirror, we now know a few tendencies of guys on the social app, and it’s all pretty interesting.

Asking 1,000 guys between the ages of 18-35 to spill the beans about their Instagram habits, Mirror found out that plenty of guys are trying to get lucky, using it as more of a psuedo dating app than ever before. In fact, according to the results of the study guys are doing more than just sliding into DMs. Here are some of the key findings from the study.

Now, some of those numbers are a bit shocking to me, especially the 28 percent note where guys are just using Instagram to find dirty pics or videos. C’mon, dudes, there’s the actual Internet for that!

When it comes to dating success on Instagram, the Mirror research shows that sliding into DMs doesn’t always pay off — we know, it’s shocking, right? Still, guys are going to continue to do it, but beware that your chances aren’t great at actually landing a date. Here’s a few of the findings from the study.

With Instagram becoming more and more popular for guys to try and meet girls, how does the research from Mirror match up with some of your own tendencies? Are you doing some of the things more, less or not at all? Given the fact most of us have no shame when messaging girls on the app, we have a feeling all of us have been guilty of doing at least a few of those things.