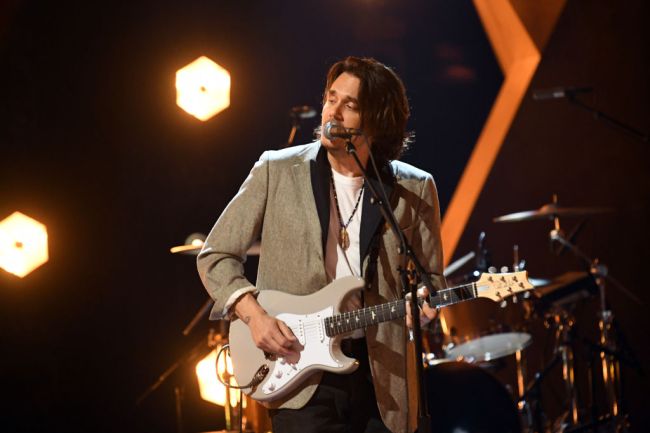 There are some things in this world we can say with absolute certainty. One of those things is that John Mayer can take any subject and write a song that is an absolute banger.

It’s just the reality of the world we live in. When Mayer started talking about “Sob Rock”, I’m sure there were plenty of people who thought he was just messing around. Then he went out and dropped one of the best albums of 2021.

He just has this ability to write songs that you can’t get out of your head.

This is the man who turned a picture some dude took of his yacht with a drone during quarantine and turned it into straight fire.

He is also responsible for two separate songs about people yelling “Free Bird!” at concerts that are way too catchy for the subject matter.

Now, he may have found another unexpected source for a banger. According to Mayer’s Instagram story, he has already come up with a title for a potential song inspired by Wordle. 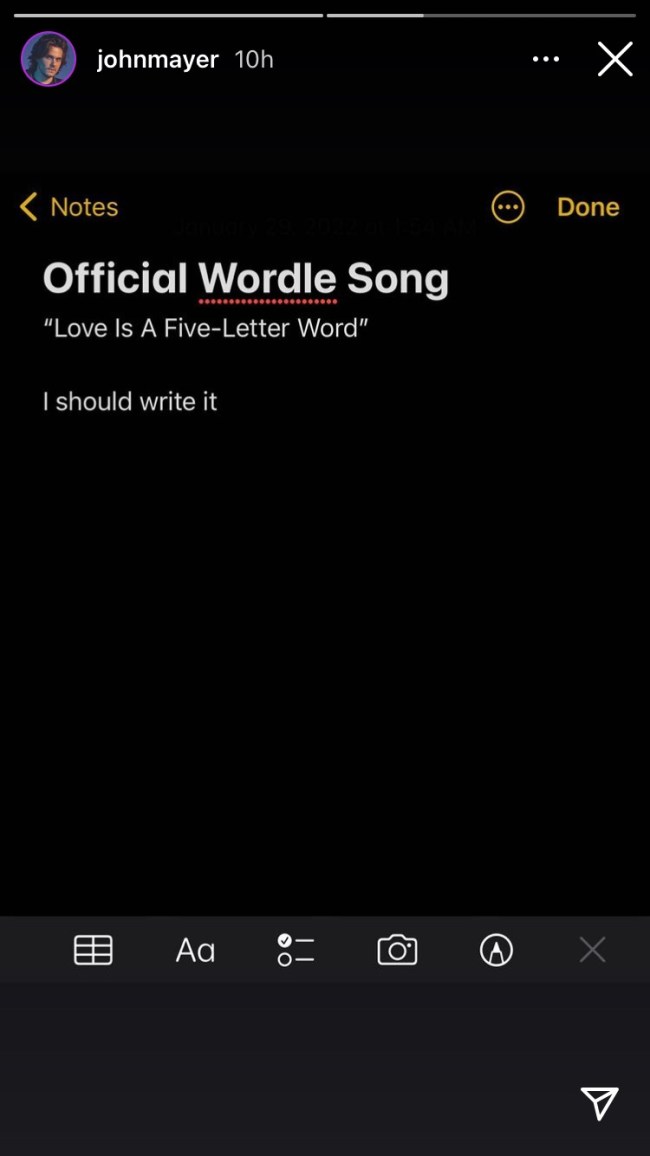 With Mayer’s Sob Rock Tour getting ready to kick off next month, I wouldn’t be surprised to hear this idea turn into a song he surprisingly breaks out on stage. I mean honestly, who says no to John Mayer going from “Whiskey, Whiskey, Whiskey” to “Love Is A 5 Letter Word” right into “Georgia Why”?

Sounds to me like a set that’s sending the fans home happy. Now that John Mayer putting this idea in the universe means we’ll be soon be hearing 2022’s hottest track about a word game.