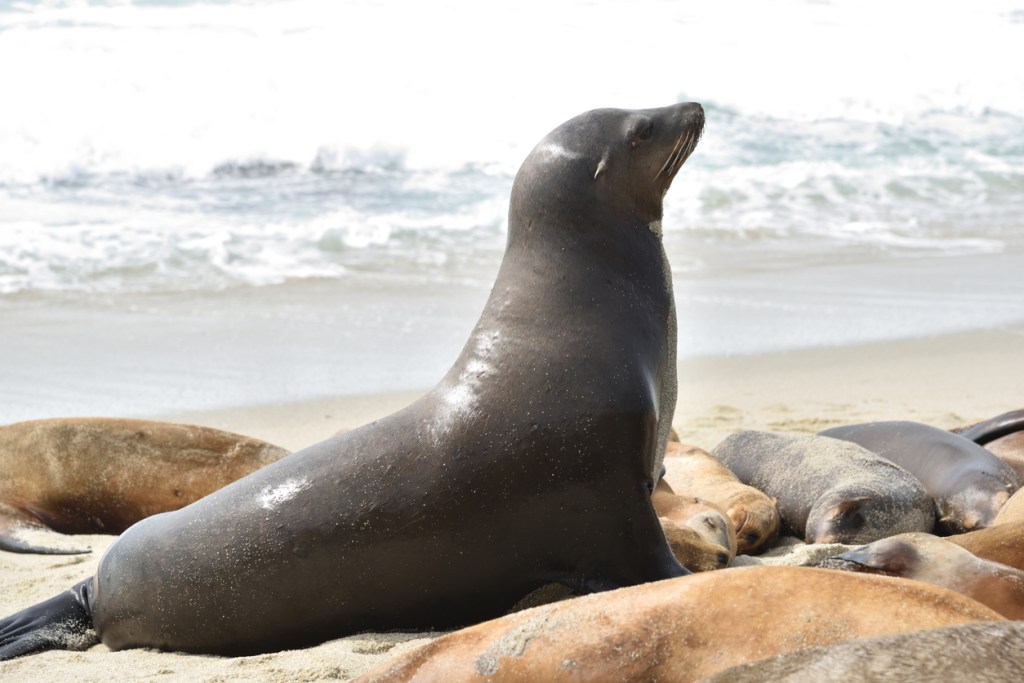 Unless they live on the West Coast, most Americans only ever get to see sea lions in a zoo, on vacation, and/or in videos like this one that went viral over the weekend. The footage was filmed at a beach in the La Jolla area of San Diego in So Cal and it is surreal.

From the way this video starts, it feels like someone saw the mayhem unfolding and whipped out their iPhone. It opens up with the chaos already unfolding. Two absolutely massive sea lions are running through a very crowded and narrow portion of beach with people running and swimming in every direction in an effort to evade these absolute units.

I couldn’t give you a strong estimate on how big they actually are but male sea lions can weigh early 2,500 pounds and measure up to 11 feet in length. And the females can weigh up to 1,000 pounds. I think it’s safe to say these are definitely adults and certainly on the bigger side.

A group of people were chased by two Sea Lions at a beach in the La Jolla area of San Diego. Lifeguards were on standby in the water ensuring no one was hurt and the sea lions could easily make their way. It's recommended people stay at least 50 ft away from sea lions. 📹: Charli pic.twitter.com/KUhLVns8H7

After this video started going viral on Twitter, it seemed like everyone’s reaction was very pro-sea lion here. It’s their beach, it’s their ocean. Let’s see what people are saying.

Best Twitter reactions to this viral video from La Jolla

Having so many times seen tourists try to get too close to pose for pictures and/or illegally pet them, I’m on Team Sea Lions here.

They are kind of gnarly. Imagine an angry 600-800 pound, 6-foot to 7-foot long ocean dog with sharp teeth. When you are in the water with or too close to the males, you know who’s the boss.

I’m pretty sure this is in Australia but it’s still a great viral video:

Lmao that Sea lion has absolutely done that before 🤣
Cc: toeprint pic.twitter.com/FrrPpth7dX

Looking to be the new "Beach Master."

Seriously though these damn sea lions have made visiting La Jolla Cove unbearable. It stinks of sea lion dung. One of the most scenic portions of San Diego area beaches is now not worth visiting

Somebody messed with them babies and found out. I walked past a sea lion in nearby Solana Beach. It looked up, gave me a head nod, and laid back down. Don't start none, won't be none.

My guilty pleasure is watching “when animals attack” videos
My wife finds it disturbing bc i laugh and say “yeah, fck em up!”

Apparently, there’s been a decades-long battle amongst some residents in La Jolla who want to reclaim the beach from sea lions. I saw some comment about how there’s a segment on This American Life about it but the episode I found was about harbor seals, not sea lions. Either way, it seems like there’s more going on here than just some absolute units chasing away tourists.