The Internet Mocks U.S. Government’s Long-Awaited UFO Report That Says Next To Nothing 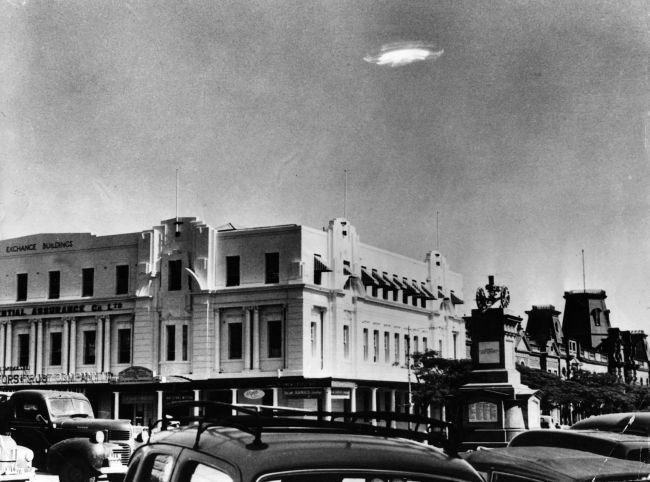 That narrative began to change in 2017 when stories published by The New York Times confirmed the existence of the Pentagon’s previously-classified Advanced Aerospace Threat Identification Program (AATIP), which began in 2007 to investigate unidentified phenomena.

On Friday evening, after a 10 month investigation, the US intelligence community released a 9-page unclassified report to Congress titled “Preliminary Assessment: Unidentified Aerial Phenomena,” examining 144 reports of UAP between 2004 and 2021.

Unfortunately for those still loitering outside Area 51, the government essentially wrote a 9-page paper to say, “bro, no idea.”

JUST IN: US government can't explain 143 of the 144 cases of unidentified flying objects reported by military planes, according to highly anticipated intel report. https://t.co/Bn308A5rpm

As CNN reports, investigators found no evidence that the sightings “represented either extraterrestrial life or a major technological advancement by a foreign adversary like Russia or China (which experts claim is extremely unlikely and would be a ‘monumental failure of intelligence collection on the part of the United States‘), but acknowledge that is a possible explanation.”

“We were able to identify one reported UAP with high confidence. In that case, we identified the object as a large, deflating balloon. The others remain unexplained,” the report says, using the Pentagon’s terminology for UFOs.
“Of the 144 reports we are dealing with here, we have no clear indications that there is any non-terrestrial explanation for them — but we will go wherever the data takes us,” a senior US official said.

—143 unexplained sightings since 2004
—no evidence of extraterrestrial life / technological breakthrough by a foreign adversary; though neither is ruled out
—18 included potentially advanced tech U.S. can’t understand
—11 were near-misses w/ govt aircraft https://t.co/kv42gBvUCn

Congressional sources who have seen the classified version of the report have already expressed disappointment there’s not more of an explanation to the episodes, saying that the report raises more questions than it answers. [via CNN]

It appears the internet is disappointed as well.

Here’s what we know: nothing.

UFO report: We can't tell what it is.

That UFO report was the most underwhelming shit I've ever read in a long time.

From page 45 of the long-awaited government report on UFOs. Hmm. pic.twitter.com/5W44Mi010a

The government UFO report is literally six pages shorter than the document I wrote to pitch a reality paranormal dating TV show.

E.T. quit playing coy, let me buy you a Michelob.