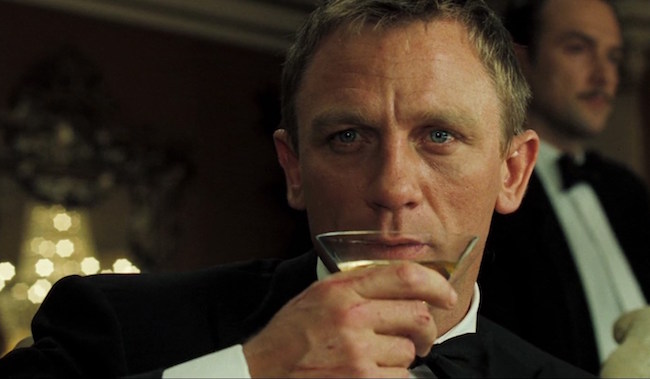 When you consider the stakes at hand, you’d think most spies would take special care to keep a clear head and ensure nothing impedes their ability to react to any situation that might arise at a moment’s notice.

As a result, you’d assume anyone trying to maintain a secret identity would stray away from alcohol, the world’s most widely-available truth serum.

When Daniel Craig stepped into the role, he helped usher in a new era— an era where James Bond actually has good taste in cocktails.

Anyone who places a drink order like that obviously knows their way around a bar, but if a new study is any indication, Bond might be enjoying his booze a bit too much.

According to The Telegraph, researchers at New Zealand’s University of Otago recently published a paper called “Licence to Swill,” in which they took a look at the spy’s drinking habits in books and movies since the character’s creation and revealed a not-so-shocking truth: James Bond is a crippling alcoholic.

The study— which should be taken very, very seriously— found Bond has consumed at least one drink on 109 different occasions (4.5 per movie). It noted he once drank six Vespers in short succession in Quantum of Solace, an amount that could have led to lethal levels of alcohol poisoning.

After assessing the evidence, the study came to a blunt conclusion:

James Bond has a severe chronic alcohol problem. He should consider seeking professional help and find other strategies for managing on-the-job stress.

I can’t wait to see Bond hit a Juul in the next movie.