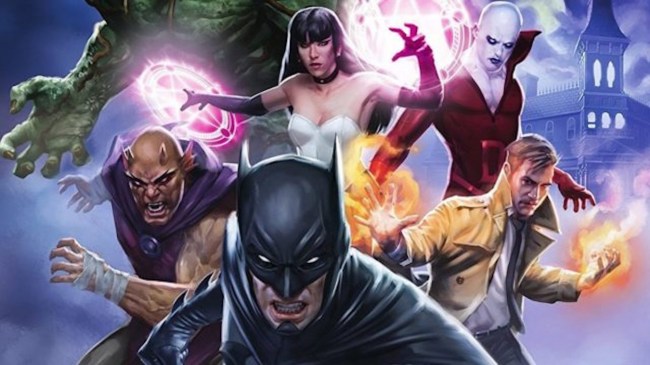 After the abomination that was Justice League, Warner Bros. has gotten their act together in recent years when it comes to their DC Comics films, as Wonder Woman, Aquaman, and Shazam! have all been solid entries into the DCEU.

The studio will look to continue that hot streak this year, as Birds of Prey is set to be released in just a few weeks and Wonder Woman 1984 hits theaters this June. Then, next year, the DCEU will see three new films added to their canon, as The Suicide Squad, The Batman, and Black Adam are all set to be released.

Now that they’re on something of a hot streak, Warner Bros. is continuing to plan the future of the franchise, as it’s been announced that they’re hired J.J. Abrams and his Bad Robot production company to develop Justice League Dark projects for the studio.

Bad Robot, through its new deal at Warner Media, is exclusively developing both film and TV ideas based on DC’s Justice League Dark universe at Warner Bros.

This deal is all very nascent and at this point in time there aren’t any specific projects or characters that are being specifically developed out of the franchise. I understand that Bad Robot’s Head of Motion Pictures Hannah Minghella and Head of Television Ben Stephenson will soon be taking meetings with talent reps and their writing clients on which characters will get their own projects. [via Deadline]

Made up of characters like John Constantine, Swamp Thing, a vampire named Andrew Bennett, a magician Zatanna, and Frankenstein’s monster, the Justice League Dark team — which debuted in 2011 — takes on more supernatural missions in comparison to the primary Justice League.

This isn’t the first time that Warner Bros. has kicked the tires on Justice League Dark, as there’s apparently been a script written by Academy Award-winner Guillermo del Toro floating around for years now.

Warner Bros. Animation has also dabbled with Justice League Dark, as a film about the characters was released by in 2017.