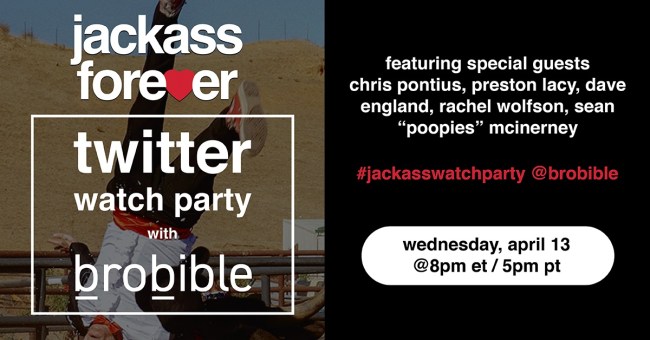 Fellas, if you have yet to watch jackass forever, you’re seriously missing out. After over a decade of waiting, everyone’s favorite crazy stunts crew is back and they’ve outdone themselves again!

To celebrate the release of jackass forever now on Digital and on Blu-ray and DVD on April 19, we’re hosting an official watch party on Twitter.

On April 13th, we’ll be joined by several stars of the film—Sean “Poopies” McInerney, Preston Lacy, Chris Pontius, Dave England, and Rachel Wolfson—so you won’t want to miss out! Plus, we’ll randomly select a few lucky winners participating in the watch-along for some amazing prizes, including jackass swag packs, a jackass surfboard (Los Angeles residents only), and even a jackass skateboard signed by Steve-O and Johnny Knoxville. Must be 18+ and based in the US.

The Twitter watch-along is happening on April 13th at 8 PM ET / 5 PM PT. Grab the movie on your platform of choice and follow @BroBible on Twitter. Make sure to join in on the convo by using the hashtags #jackasswatchparty. 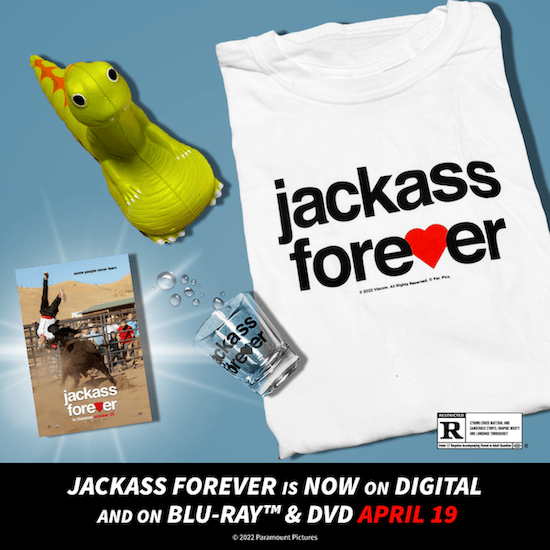 jackass forever — the perfect movie for when you just need some laughs — is out right now on Digital and available to own on Blu-ray and DVD April 19, with exclusive footage of more ill-advised and outrageous stunts not seen in theatres.

Certified Fresh® on Rotten Tomatoes®, here’s just a sneak peek at why jackass forever is a hilarious roller coaster ride like you’ve never experienced before:

Just remember, these guys are professionals.

So it goes without saying, don’t try these stunts at home. 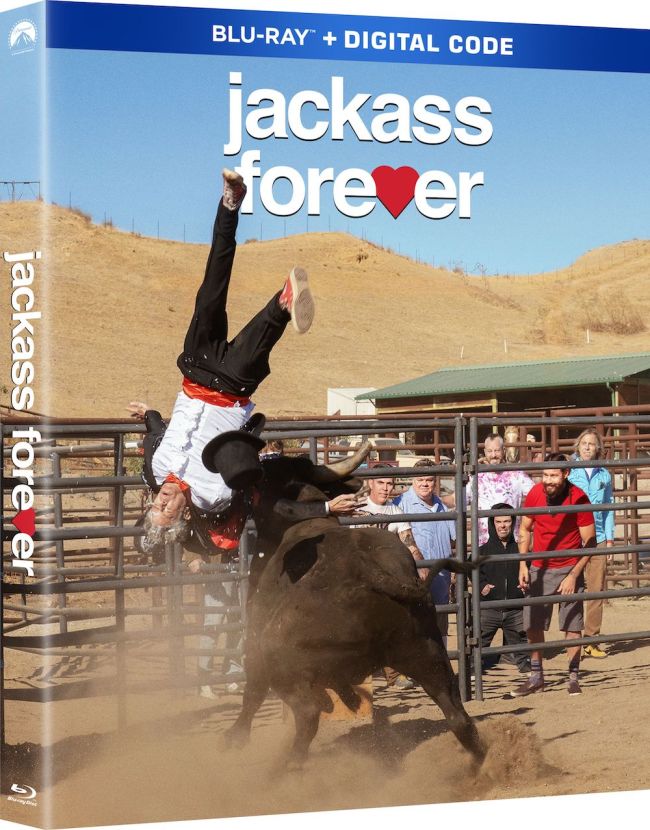