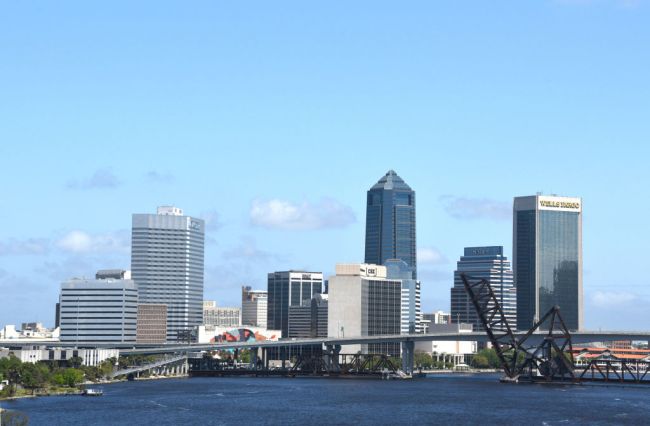 Earlier this week, the city of Jacksonville, Fla. announced a redevelopment of the ‘Jacksonville Landing.’ A design firm called Perkins & Will was picked to completely overhaul the riverfront plaza with a beer garden, a hotel, a play area and a sculpture.

There will also be a river terrace, a pavilion, a sky garden, and a pedestrian/bike path. It looks and sounds really nice! 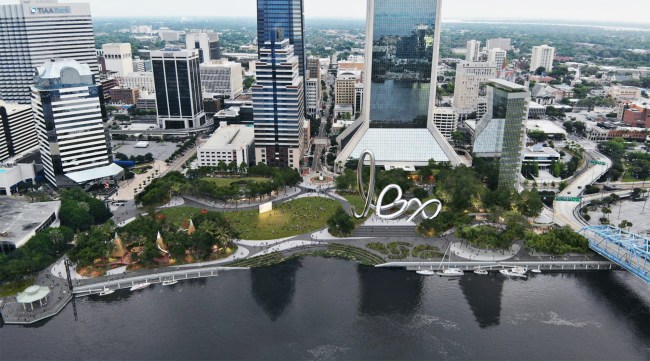 However, there is one big problem— the sculpture.

It is designed to be a piece similar to that of ‘The Bean’ in Chicago, and other similar destination sculptures. An exclamation mark on the city, if you will.

“I think the inclusion of that monumental piece of art really threw Perkins and Will over the top,” said Lori Boyer, CEO of Jacksonville’s Downtown Investment Authority. “Love it or hate it, the public art piece shown in the Perkins and Will design has received a tremendous amount of public comment, which I think really indicates its iconic nature in the sense that you see it, you know it’s there, people are talking about it.”

There is no doubt that people are talking about it, but for all of the wrong reasons.

The 150-foot sculpture is going to cost between $11-18 million. For starters, that seems like a LOT for a sculpture.

I also know nothing about sculpture cost. Whether it is reasonably priced or not, in this instance, it is a total waste.

The sculpture is supposed to read “Jax,” as in Jacksonville. Right?

Well, it does read “Jax” if you squint really hard but it definitely doesn’t read “Jax” to the common eye. Take a look: 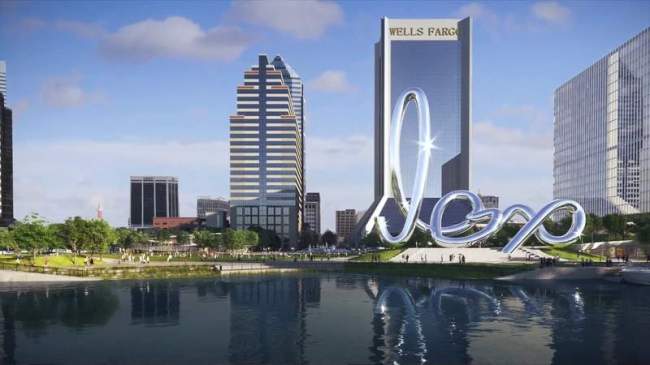 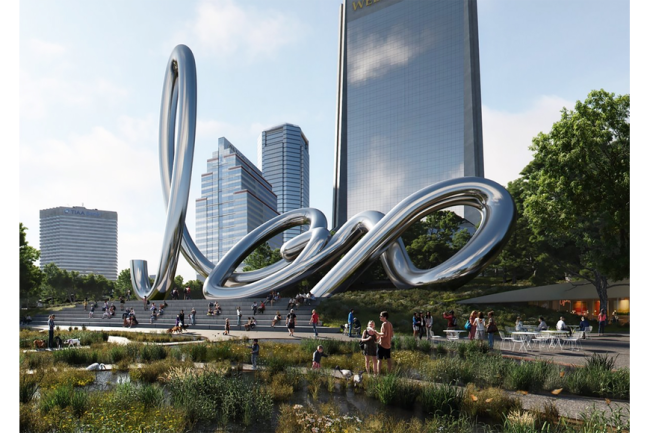 There are a lot of alternative suggestions for what the sculpture really is, because it’s definitely not “Jax.” Here are a few, conjured up by the team here at BroBible:

Regardless of interpretation, the city of Jacksonville really blew this one. Whatever you think it might read, we can all agree that “Jax” is the least likely answer, yes?