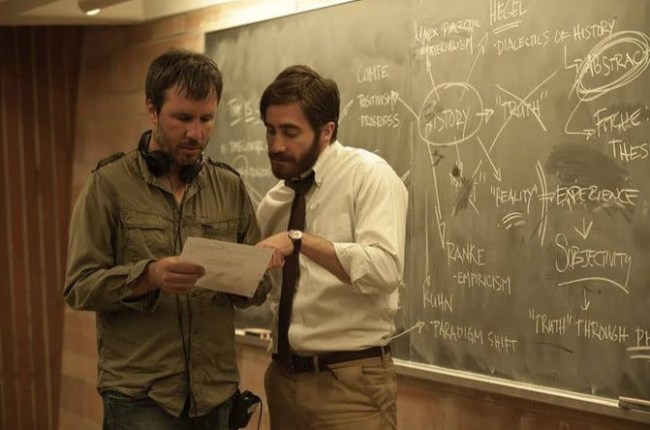 According to reports, Academy Award-nominee Jake Gyllenhaal is set to reteam with Blade Runner 2049 and Sicario director Denis Villeneuve for the HBO limited series The Son. This project will mark the pair’s first collaboration since 2013 when Gyllenhaal starred in two of Villeneuve’s films: Enemy and Prisoners.

The Son, which is based on the 2014 Jo Nesbo novel of the same name, is described “as a tale of vengeance set amid Oslo’s brutal hierarchy of corruption” and “follows Sonny Lofthus, an escaped convict: an opioid addict who can’t recall his past, on the run from the law toward an unknown truth.”

Gyllenhaal is set to star as Sonny Lofthus while Villeneuve is set to direct. Additionally, Westworld creators Jonathan Nolana and Lisa Joy are set to executive produce the series.

After trying for years to find their next project after the success of the crime thriller Prisoners, Gyllenhaal saw this as the perfect opportunity to reteam. He gave the book to Villeneuve, who read it overnight.

After attempting to adapt the book as a feature film, the two thought it would be better suited for a limited series format given how much story the novel needed to cover. [via Deadline]

Both Gyllenhaal and Villeneuve have packed upcoming schedules. Villeneuve’s latest feature, Dune, was supposed to hit theaters in December but was pushed back to next year due to the pandemic. Additionally, barring something catastrophic, Dune is also currently scheduled to have a sequel.

As for Gyllenhaal, he’s set to star alongside Oscar Isaac in Barry Levinson’s Francis and the Godfather and will be re-teaming with director Antoine Fuqua for the Netflix film The Guilty.

With Gyllenhaal, 39, and Villeneuve, 53,  are both in their respective primes,  The Son is now one of my most highly-anticipated pieces of pop culture in the coming years.