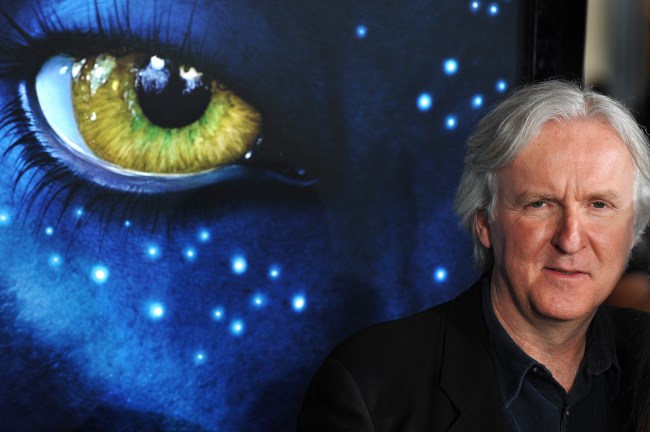 James Cameron is one of the greatest living American filmmakers — there is no denying that. But, let me tell you, the man is also arguably delusional.

Remember Avatar? Depending on your age and care for movies, you may or may not. Avatar, released in 2009 — which, to put into context, is the same year that The Hangover (the first one!) came out — was the highest-grossing film in existence for the better part of a decade until Avengers: Endgame ultimately came to conquer the crown.

Except, the major difference between Avengers: Endgame and Avatar is that… Avatar fucking blows. Like, and I mean this as literally as someone speaking to you through a computer screen or an iPhone possibly can, I’ve never met a living person who was like “Avatar? Fuck yeah bro! I *love* Avatar!” Not. One. Single. Person.

And yet, perhaps due to Cameron’s legacy — a legacy that includes The Terminator, Terminator 2, Aliens, True Lies, and Titanic — Avatar still racked up over $2.7 billion at the global box office to become the highest-grossing film ever made. In fact, not only did Avatar become the highest-grossing movie of all-time, but it replaced Cameron’s previous film, Titanic, as the titleholder. Impressive stuff.

Now, in the years since, Avatar has become something of a meme, as the handful of promised sequels have been delayed time and time again. And what has Cameron directed in the years since, you ask? Absolutely nothing outside of this self-fulfilling deep-diving jerk-off called Sanctum that I’m almost positive you’ve never seen.

Nevertheless, Avatar 2 (and Avatar 3 and Avatar 4 and god knows how many of these shit piles he’s going to put out) is on its way, as it’s currently scheduled to be released in *checks notes* 2021! That’s right, a sequel to a movie that the public has since soured on is casually dropping 12 fucking years after the original.

And yet, despite all these factors — Avatar actually sucking, no one caring, etc, etc — Cameron, in an almost borderline sociopathic manner, stated that it’s a “certainty” that the sequel outgrosses Avengers: Endgame.

“I think it’s a certainty,” says Cameron of “Avatar” eventually passing “Avengers” in theaters. “But let’s give ‘Endgame’ their moment and let’s celebrate that people are going to the movie theater.”

“I don’t want to sound snarky after I took the high road (by offering congratulations),” he says. “But they beat us by one quarter of a percent. I did the math in my head while driving in this morning. I think accountants call that a rounding error.” [via USA Today]

If anyone is allowed to be the big swinging dick in the room when it comes to money-making movies, it’s James Cameron. However, not realizing that the culture very much no longer gives a Na’vian shit about his movie where a human becomes a blue alien and fucks another blue alien takes an unbelievable amount of arrogance.

Avatar 2 is currently scheduled to hit theaters on December 17, 2021 (although we’d suggest not holding your breath).