James Cameron, Schwarzenegger And Linda Hamilton All Coming Back For New ‘Terminator’ Movie 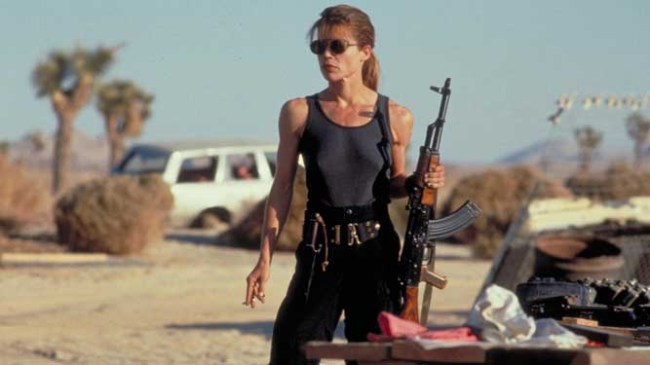 After two consecutive “Terminator” films flopped at the box office with 2009’s “Terminator: Salvation” and 2015’s “Terminator: Genisys,” the cyborg assassin series goes back to the basics to what helped make it one of the great science fiction flicks of all-time. With Cameron, Schwarzenegger, and Hamilton back in the fold, it is an epic reunion that is more than 25 years in the making.

The Hollywood Reporter says that Cameron is bringing Linda Hamilton back, who starred in “The Terminator” and “Terminator 2: Judgment Day.” At a private event, Cameron made the announcement that Hamilton, who he was married to from 1997–1999 and have a daughter together, will be back in the new movie.

“As meaningful as she was to gender and action stars everywhere back then, it’s going to make a huge statement to have that seasoned warrior that she’s become return,” Cameron said of Hamilton. “There are 50-year-old, 60-year-old guys out there killing bad guys, but there isn’t an example of that for women.”

Cameron also noted that the upcoming “Terminator” movie will feature a new generation of characters. “We’re starting a search for an 18-something woman to be the new centerpiece of the new story,” Cameron said. “We still fold time. We will have characters from the future and the present. There will be mostly new characters, but we’ll have Arnold and Linda’s characters to anchor it.”

Until the new “Terminator” movie comes out, enjoy Arnold Schwarzenegger’s son perfectly recreating the iconic “Bad to the Bone” scene from Terminator 2.”