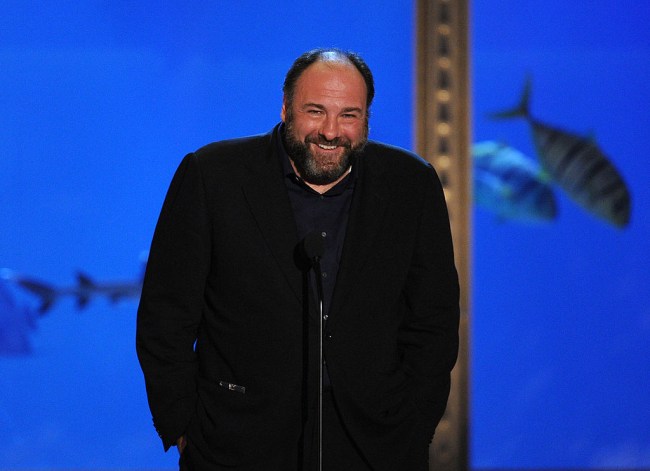 During my 28 years on this planet, there have been four celebrity deaths that truly and deeply affected me: Robin Williams, Mac Miller, Norm Macdonald, and James Gandolfini.

I’m from North Jersey, so the entirety of The Sopranos — the first prestige drama I ever truly binge-watched — essentially unfolded in my backyard. The exploits of the Soprano family hit home in more ways than one.

So, when the big guy passed on to the next life back in 2013, it hurt as if I’d lost a distant family member. You gotta think, there are 86 episodes of The Sopranos, each an hour-a-piece, meaning I spent 86 hours with that dude, which is more than I can say about most of my ancillary aunts, uncles, and cousins.

When I think of Sopranos, this is the scene that comes to mind. His ability to convey so much emotion with simple glances and benign actions like kicking off his shoes or answering the phone is literally unforgettable.

Luckily, though, because of Gandolfini’s prolific acting career, there are always going to be ways to revisit his work and his general spirit, which always came across as being that of a gentle giant. Except when it came to scumbags like Harvey Weinstein, of course.

In an interview on Joe Rogan’s podcast, Michael Imperioli and Steve Schirripa — who starred on The Sopranos as Christopher Moltasanti and Bobby Baccalieri, respectively — were discussing their late friend when Schirripa shared the story of Gandolfini going on a tirade about beating the fuck out of disgraced Hollywood producer and sexual predator Harvey Weinstein, who was still at the peak of how powers at the time.

“I was in Jim’s trailer and he had just did the movie with Brad Pitt, a mob movie, and he said ‘Harvey Weinstein called and he wants me to do Letterman and I said I don’t do talk shows,'” Schirripa said.

“And he keeps calling and he got fucking nasty with Jim. And Jim said ‘I will beat the fuck out of Harvey Weinstein [if] he fucking calls me again! I will beat the fuck out of him! For the money he paid me, I’m not fucking doing it.’ Swear to God. And this is all before the Harvey Weinstein shit, when he was still the king shit. This was 2012.” [via Joe Rogan Experience]

Gandolfini, simply a legend. He really was one of the good ones. Rest in peace, big man.