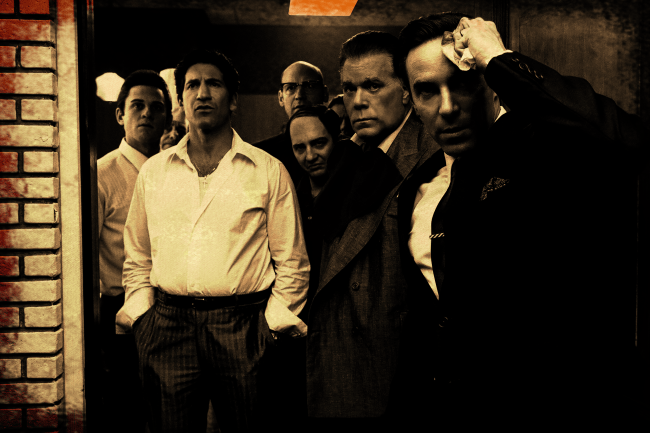 In many ways, The Sopranos is as responsible for the current popular culture landscape as the Marvel Cinematic Universe is, in the sense that if the series itself never existed, the nature of our entertainment reality would likely be far different than the one we currently know. 15 years ago, The Sopranos changed television, kicking off the “golden age” of television that was marked by the focus on “difficult men” — the Tony Sopranos, the Dom Drapers, the Walter Whites of the world.

Today, though, despite the nearly incalculable impact that the series had on its medium, those seismic shifts have already been washed away with the everchanging tide of entertainment, now replaced by the boom of intellectual properties, franchises, sequels, spin-offs, and remakes. Just look at this year’s Emmy’s, for example, which saw The Mandalorian and The Boys score nominations for Outstanding Drama Series, while WandaVision — the first-ever *properly* MCU-set TV series — competed in the Outstanding Limited Series category. Gone are the days of difficult men: we are now in the era of the IP.

And that — the combination of throwback prestige television drama with the franchise-ification of pop culture — is what makes The Many Saints of Newark such a fascinating distillation of our current Hollywood landscape as it attempts to toe the line between the two.

On one hand, The Many Saints of Newark is something entirely new, as the periphery characters that we came to know from The Sopranos largely take a back seat to Alessandro Nivola’s scene-stealing Dickie Moltisanti and Leslie Odom Jr’s Harold McBrayer, who combine to concoct the film’s most electric, explosive elements. Series creator David Chase is trying to tell a new story set within the framework of his old world without having that story simply be a retread of what came before, and that, in and of itself, should be commended. On the other, one can’t help but wonder if this film would be greenlit at all if it wasn’t connected to the beloved Sopranos universe. In Many Saints’ case, the central story is strong enough — barely, though — that it entertains beyond simply being a walk down memory lane.

That said, The Many Saints of Newark makes its bones in those moments of franchise-ification, as it winks and nods its way through various references to the modern future that the seminal HBO series would come to focus on. From Michael Gandolfini’s spot-on, borderline eerie (in a good way) portrayal of a young Tony Soprano to Junior Soprano’s penchant for going to third base, from Silvio Dante’s questionable hairpiece to the ghost of Christopher Moltisanti narrating the film from the grave to the exact moment they choose to unleash the legendary theme song, The Many Saints of Newark deftly picks and chooses where, when, and how to remind audiences that these are the very same characters the knew and loved close to two decades ago: every reference is welcomed, every homage is earned.

In a vacuum, as a purely cinematic experience, The Many Saints of Newark is alright — it’s a formulaic, slow-burning 1970s crime drama through and through. But as an exercise in nostalgia, as a time machine into the legend behind arguably television’s greatest ever story, it’s a masterclass, instantly transporting fans of The Sopranos back into a world they haven’t been to in over a decade, to a time period they’ve never seen before, and still managing to make it feel like returning home, particularly a home in northern New Jersey with a freshly cooked, tomato sauce-based Sunday dinner waiting on the kitchen table. For fans of The Sopranos, The Many Saints of Newark is a welcome return, but for everyone else, it’s just another run-of-the-mill crime drama — your enjoyment of the film will likely be determined by which of those audiences you find yourself in.

BroBible’s The Many Saints of Newark Review: ★★★☆☆

‘The Many Saints of Newark’ will hit theaters and HBO Max on Friday, October 1.