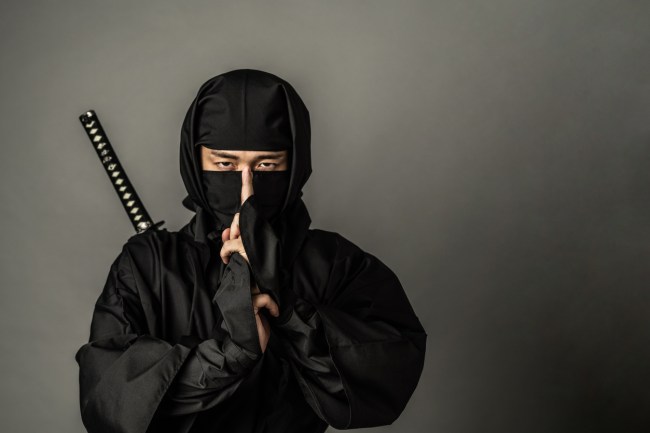 Where did it all go wrong for me? For all of us? Don’t get me wrong, I absolutely adore my job, as I hope you do yours, but if you approached a 10-year-old Eric and offered him a career in the art of being a ninja, I’d bite your arm off. Sure, being a pop culture writer is cool and all, but wearing all black, jumping across rooftops and slicing dude’s heads off with a Hattori Hanzo sword is the stuff dreams are made of. And now, for the very first time, a Japanese man is living that dream.

Genichi Mitsuhashi, 45-years-old, “has become the first person in the world to hold a master’s degree in ninja studies, after completing a graduate course that involved learning basic martial arts and how to stealthily climb mountains,” according to CNN.

Known for their secrecy and high levels of skill, ninjas were masters of espionage, sabotage, assassination and guerrilla warfare dating back to at least the 14th century. Yet Mitsuhashi said ninjas were also independent farmers, and he moved to the mountainous province of Iga, 220 miles from the Japanese capital Tokyo, to better understand how they lived.

“Iga is where Ninja used to live. The climate of this area created the very nature of ninja,” he said. [via CNN]

The course, which is taught at Mie University International Ninja Research Center in Iga, first began back in 2018 and teaches students history, traditional fighting skills, and survival skills such as “how to traverse mountainous areas while remaining undetected.”

If I ever become one of those retirees that head back to college to learn something new, I think I’ve found my calling.