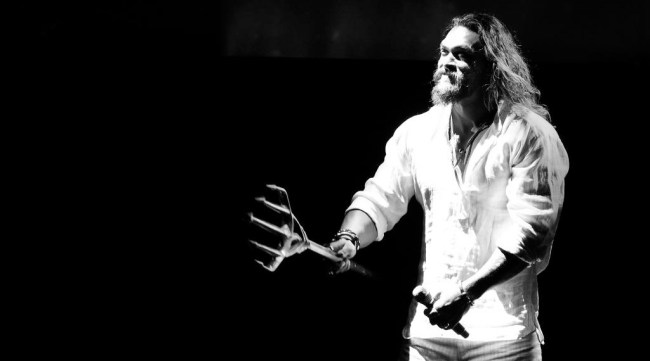 Jason Momoa is truly having the BEST time being a part of the DC movie universe. Like, bro is having way more fun than one man should be allowed to have doing anything.

Then again, anyone who follows Momoa knows that he could have fun being stuck in an elevator. Somehow he would turn it into the best party ever. 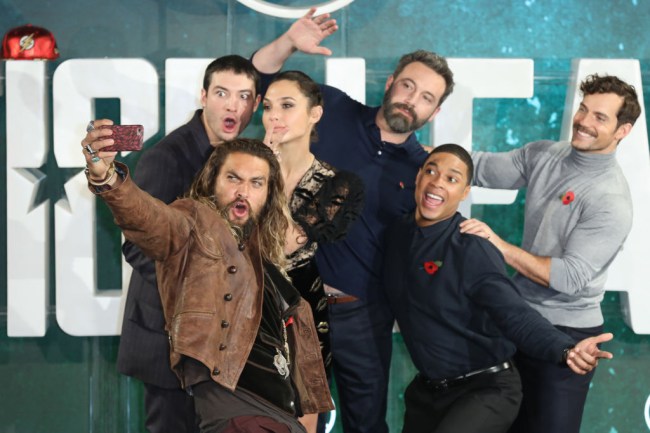 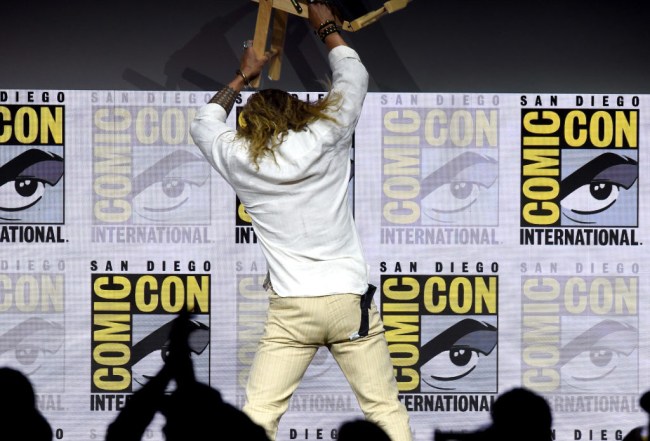 Yes, that was Momoa smashing a chair on during Comic-Con International in San Diego, because why not?!

So, despite the fact that Momoa probably wasn’t supposed to say anything, he went ahead and confirmed a long-held fan theory about a connection between his character Aquaman and an event that took place way back in Man of Steel.

While speaking on DC All Access, Momoa admitted that the scene where Superman falls into the ocean after saving everyone on the flaming oil rig, it was Aquaman who sent the whales to help save Clark. The fact that there’s also a sign with Merrevale Oil on it in the scene is also a tipoff to anyone who knows Aquaman’s history.

“In Man of Steel when Henry’s on the oil rig, he’s holding that up and then all of a sudden you see him up on the ocean, kind of floats up on the ocean,” said Momoa. “[Zack]’s like, I had [Aquaman] save him so that they’d get to cross paths at one point so when Bruce goes, ‘You ever heard of Superman?’, I have and we have crossed paths.”

Truly, no one has more fun than Jason Momoa. (Even his workouts are legendary.)