The Internet Asks: ‘Was Jason Sudeikis High When He Won His Golden Globe In A Tie-Dye Hoodie?’ 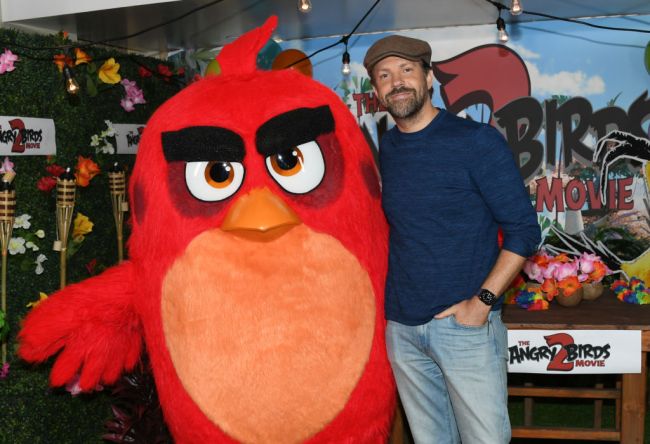 The Golden Globes are one of the most prestigious nights in the Hollywood world. But with the coronavirus pandemic, the 2021 Golden Globes Award show was held remotely. Like everyday Americans who have been stuck at work during the COVID-19 pandemic, actor Jason Sudeikis selected comfort over fashion – trading in his award show tuxedo for a delightful tie-dye hoodie.

Jason Sudeikis in a tie dye hoodie on zoom is a whole pandemic vibe. #GoldenGlobes pic.twitter.com/Ggc0QflCK0

For his role as a soccer coach in Ted Lasso, Sudeikis won the Golden Globe for “Best Actor in a Comedy Series.” Sudeikis, who is the star and creator of the AppleTV+ breakout comedy, beat out Eugene Levy from Schitt’s Creek, Don Cheadle from Black Monday, Nicholas Hoult from The Great, and Ramy Youssef from Ramy.

Sudeikis explained that he was wearing a tie-dye sweatshirt because he was promoting his sister’s dance studio, which was shamelessly marketed on the hoodie.

Jason Sudeikis talks about wearing a hoodie at the #GoldenGlobes and winning for #TedLasso: "I have a multitude of hoodies I could have worn for a multitude of things I believe in and support." https://t.co/24ghiDtX43 pic.twitter.com/ey1MW53iX8

Jason was taken aback and a bit discombobulated for his Golden Globes win, and delivered a disjointed award speech.

Score! Jason Sudeikis wins the award for Best Actor in a Television Series, Musical or Comedy at The #GoldenGlobes. pic.twitter.com/AQHfuDHBXX

Sudeikis had his mind blown when he found out that entertainment legend Norman Lear is almost 99-years-old.

The entire internet asked in unison: “Is Jason Sudeikis high when he won his Golden Globe in a tie-dye hoodie?”

I was correct. Jason Sudeikis is so high.

British Actors: "I'm so thankful for this."

Jason Sudeikis looking high as hell in a tie dye hoodie. Its 2am in London! pic.twitter.com/6ZZ3jAKayK

a super high jason sudeikis saying "who is the person you're with?" just shook me to my core

on a scale of 1 to Jason Sudeikis how high are you right now? #GoldenGlobes

there are two types of people during a pandemic pic.twitter.com/s1nwPXYEI2

How high is Jason Sudeikis at the Golden Globes rn? pic.twitter.com/Ge2ysfIWmF

The award for “best dressed of the night” definitely goes to Bill Murray for his Hawaiian shirt and martini ensemble.

bill murray zooming in wearing a hawaiian shirt is my vibe pic.twitter.com/h09hYuI3Ou

Setting the color on my phone and smart tv to this Bill Murray shirt. Well done #GoldenGlobes pic.twitter.com/EPpVmYiUfE