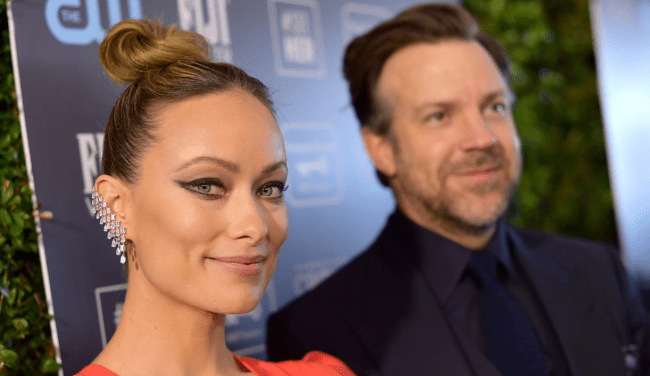 The breakup of Jason Sudeikis and Olivia Wilde has already been wild, like when he served her papers while she was on stage presenting her new movie, but new revelations shared by the couple’s former nanny have dialed the crazy up to 11.

The nanny, who asked to remain anonymous, recently shared numerous text messages from both Sudeikis and Wilde, told DailyMail.com stories about the couple that are bordering Johnny Depp-Amber Heard territory.

Caught in the middle of the chaos that was erupting between Sudeikis and Wilde, the nanny says she was eventually fired by a “drunk and out of control” Sudeikis after he threw her out of the house for texting with Wilde.

Sudeikis’ and Wilde’s reps say the nanny resigned. The nanny claims they said that so she couldn’t collect unemployment.

According to the nanny, after Wilde moved out of the couple’s home, under the guise of a Covid outbreak on set, Sudeikis found messages on an Apple watch Wilde had left behind that revealed her relationship with Harry Styles.

Wilde claimed in an October Vanity Fair story that their “relationship was over long before” she hooked up with Styles.

She also shared a story about a night where Wilde was leaving the house to go see Harry Styles and Sudeikis threw himself in front of her car.

“She went back into the house and he went in, it was back and forth. He said he was doing it on purpose to make her late going to see Harry.

“Jason told me, ‘She made this salad and she made her special dressing and she’s leaving with her salad to have dinner with [Harry].’

“I said, what salad dressing? He said, ‘She has a special salad dressing she makes for us and she’s taken it to have it with him now.’ I don’t know what was in it.

“Out of everything, he was like, ‘she made her special salad dressing and took it to him.'”

The nanny also shared tales about how Wilde’s decision to leave Sudeikis for Styles affected him (he allegedly called and texted the nanny constantly looking for info about Wilde), the couple’s therapy sessions (“Olivia never took those therapy sessions seriously”), and more.

In the end, she said, “I do have sympathy for Jason because I lived with him and saw him every day and we had a lot of good times. But the bad times were really bad.”

One has to wonder how he feels today after Olivia Wilde attended the Academy Museum Gala in a see-through dress Sunday night.