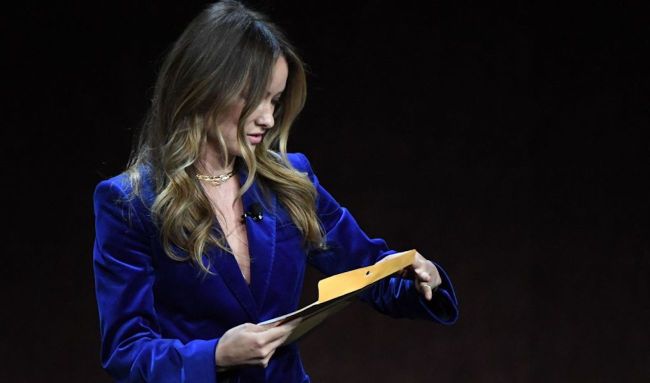 Actress and director Olivia Wilde got served papers relating to her divorce from actor Jason Sudeikis while on stage at CinemaCon presenting her new film Don’t Worry Darling. A spokesperson for Sudeikis has claimed that the actor had “no knowledge” that the papers would be served to her while she was presenting at CinemaCon.

“Mr. Sudeikis had no prior knowledge of the time or place that the envelope would have been delivered as this would solely be up to the process service company involved and he would never condone her being served in such an inappropriate manner,” the statement from Sudeikis’ camp reads.

According to various reports from the convention — which is being held at The Colosseum at Caesars Palace in Las Vegas — during the presentation for Don’t Worry Darling, Wilde was handed a manila envelope marked “personal and confidential” while on stage. Unsure of what the documents were, Wilde opened the envelope because it “feels like it’s a script.” Upon learning that they were custody papers, Wilde said “Okay, got it. Thank you,” before carrying on with the presentation.

As a result of the incident, CinemaCon plans to “take a closer look at security protocols” after the star was able to be approached on stage by a random person, according to The Hollywood Reporter.