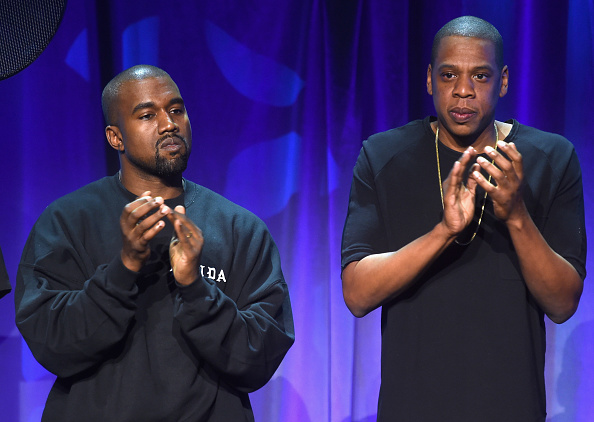 Meek pulled out all the stops and brought out several prominent rappers including Jay-Z, Rick Ross, Cardi B, Future, Young Thug, and his former nemesis Drake.

The album featured a song with Jay-Z called “What’s Free” that had where Jay addresses longtime friend and Feedback Collaborator Kanye West supporting Donald Trump and rocking a MAGA hat earlier this year.

In the land of the free, where the blacks enslaved
Three-fifths of a man, I believe’s the phrase
I’m 50% of D’usse and it’s debt free (Yeah)
100% of Ace of Spades, worth half a B (Uh)
Roc Nation, half of that, that’s my piece
Hunnid percent of Tidal to bust it up with my Gs, uh
Since most of my nigg*s won’t ever work together
You run a check up but they never give you leverage
No red hat, don’t Michael and Prince me and Ye
They separate you when you got Michael and Prince’s DNA, uh

Many interpreted the line as a dissing Kanye.

Why is everyone saying Jay-Z dissed Kanye on “What’s Free?” Those lines were all compliments.

Lol bro they were not. You new to rap?

Eventually Jay-Z jumped on Twitter and tweeted for the first time in over a year to clear up any confusion.

The line clearly meant don’t pit me against my brothers no matter what our differences are (red hat) now go pick up Meek album . Drake and Meek on there together .

So maybe there is a chance that “Watch the Thrones” 2 comes out eventually.