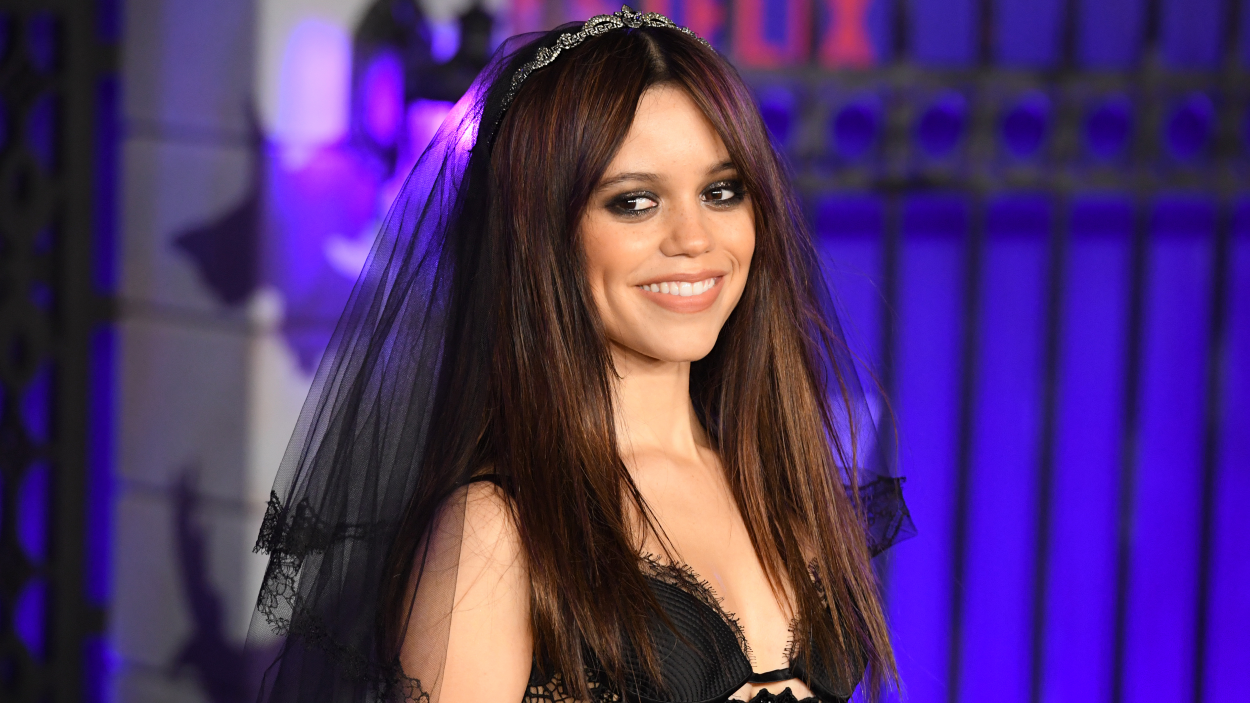 Jenna Ortega has emerged as one of the biggest stars on planet earth. And a picture of her and Jake Paul is breaking brains across the Internet.

Since Wednesday premiered on Netflix, it has been trending in the ‘most watched’ top 10 and Jenna Ortega is currently ranked #1 on the IMDB ‘most popular celebs’ chart.

That chart is based on people searching for and engaging with a given celebrity and Jenna Ortega is currently the most popular celebrity on earth right now, according to the numbers. That’s due mostly to the success of Wednesday but Ortega will also star in Scream 6 and the first teaser trailer just dropped for that.

Jake Paul and Jenna Ortega are both former Disney stars and child actors. Jake Paul appeared in 42 episodes of a TV show titled Bizaardvark as a character named ‘Dirk Mann’.

That show ran on Disney from 2016 to 2019 and Jenna Ortega appeared in a 2018 episode of Bizaardvark titled ‘The BFF (Before Frankie Friend)’. Jake Paul didn’t actually appear in that episode (in credit only) but they met through that show.

When Jake Paul shared this ‘Happy Wednesday Everyone’ selfie of himself and Jenna Ortega it confused a lot of people but there was this very reasonable explanation:

Jenna has also accumulated 16.8 million TikTok followers despite only having 1 video currently up on her page. This one:

@jenna0rtega Nailed it…?? Try your best to #MakeASplash with @Neutrogena_US @Neutrogena and look as effortless as Jen #NeutrogenaAmbassador ♬ Neutrogena Splash – Neutrogena

Olivia Rodrigo was actually the main star of Disney’s Bizaardvark. She appeared in all 63 episodes alongside Madison Hu, DeVore Ledridge, and Ethan Wacker. Jake Paul only appeared in 42 episodes compared to 63 for the others.

In the comments on Jake’s ‘Happy Wednesday Everyone’ post, someone wrote “He can’t keep getting away with it.” This might be the most accurate way to describe how many are feeling about that post.

What’s next for Jenna Ortega?

Jenna starred in Scream (2022) as Tara Carpenter. She will reprise that roll in Scream 6 which hits theaters on March 10, 2023.

Ortega also has first credit on Miller’s Girl which is currently in production. That film is about ‘a creative writing assignment yields complex results between a teacher and his talented student.’ Jenna’s other big project right now is Finestkind. It’s a Crime/Thriller about ‘Two brothers are pulled into a deal with an organized crime syndicate in Boston’ that is currently in post-production.

At just 20-years-old, Jenna Ortega already has 42 IMDB credits and counting. She’s currently the #1 most popular celebrity in Hollywood. She is well on her way to becoming one of the highest-paid actresses on earth.