‘Jeopardy!’ Fans Stunned By Surprising News About Show’s Plans For A Permanent Host 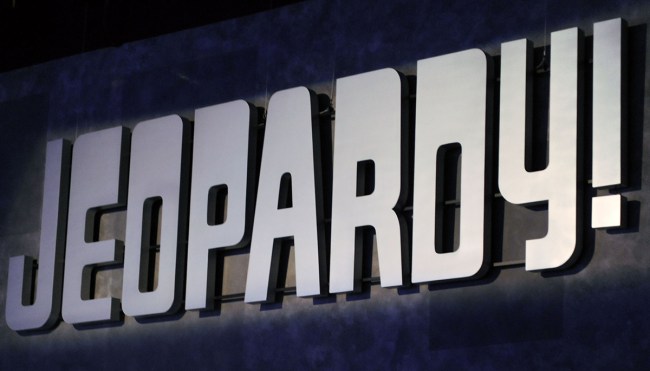 It’s been around a year and a half since Jeopardy! aired the final episode featuring Alex Trebek at the helm shortly after he passed away following a battle with pancreatic cancer.

It didn’t take long for the show to start holding de facto auditions for a new host by inviting a rotation of contenders to the studio in Culver City for some brief stints, including Jeopardy! G.O.A.T. Ken Jennings, the beloved LeVar Burton, and the surprisingly capable Aaron Rodgers.

Last August, most people were fairly shocked to learn executive producer Mike Richards had been named as Trebek’s permanent replacement. However, it didn’t take long for the search for a new host to resume after he was quickly ousted over his questionable past, and Jennings was soon tapped to join Big Bang Theory star Mayim Bialik in the tandem that’s been swapping spots at the podium ever since.

Bialik has been fighting an uphill battle to earn the approval of Jeopardy! fans, as many viewers felt Jennings was a natural successor who has only cemented that status while continuing to hone his hosting skills.

As a result, there was plenty of speculation it was only a matter of time until the longtime contestant was officially handed the reins after the current Jeopardy! showrunner suggested the program was on the verge of naming a permanent host last month—which makes the newest development fairly shocking.

On Monday, Variety published a report that cited multiple sources who told the outlet Jeopardy! has decided to stick with Jennings and Bialik as it plots a course for the future.

More details are expected to come out this week, but it would appear the plan is to install Jennings as the host of syndicated Jeopardy! episodes (a.k.a. the Jeopardy! episodes most purists care about the most) while Bialik will be tasked with moderating “primetime editions” and a Celebrity Jeopardy! spinoff that’s reportedly in the works.

This seems like one of the best possible outcomes for Jeopardy! diehards, but based on many of the reactions, Bialik still has plenty of work to do when it comes to winning over a lot of fans.

Just give us what we want: Ken Jennings permanently 😤 #Jeopardy

me after reading the news that ken jennings and mayim bialik will continue co-hosting #jeopardy: pic.twitter.com/KTIyZQ87se

I am not happy to read this. I am a Ken Jennings fan and Mayim gives me a headache. Sony made a ridiculous decision. It will not please too many Jeopardy fans and probably won’t bring in new ones.

Well that sucks, Sorry @KenJennings should be the host continuously, that is what Alex would want and if you want to honor Alex that’s the way to honor him.. It was his game show.

I wish her the best of luck.