Jeremy Renner’s Ex-Wife Claims He Once Put A Gun In His Own Mouth And Threatened To Kill Her, Among Other Wild Allegations 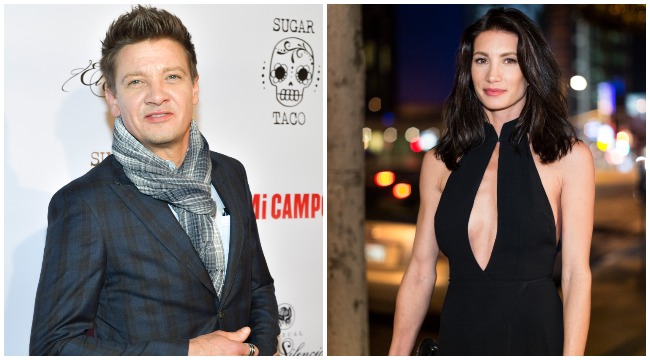 Jeremy Renner has a face that looks like he could either be the nicest guy in the world or the biggest dick in it. There is no in between with that face.

Unfortunately, it’s beginning to look like the latter, as Renner’s ex-wife and Canadian model Sonni Pacheco has made disturbing claims about the actor’s behavior made public in conjunction with a custody battle for their 6-year-old daughter, Ava.

The pair married in January of 2014 and were divorced less than one year later, citing irreconcilable differences. And if new legal documents obtained by TMZ are true, it’s wild the marriage even lasted that long.

Pacheco, who asked the judge for sole custody of Ava, claims that the 48-year-old actor once threatened to kill her, even putting a gun in his own mouth.

Sonni claims that on one particularly reckless night, Renner was drunk and high on cocaine at the club and told his wife that he “could not deal with her anymore, and he just wanted her gone.”

Renner then allegedly put the barrel of the gun into his own mouth, threatening to himself her before firing the gun into the ceiling of Ava’s bedroom while the baby was asleep. Sonni claims in one instance, the nanny overheard Jeremy say he was going to Sonni’s house to kill her and then kill himself, because “it was better that Ava had no parents than to have [Sonni] as a mother.”

Sonni also claimed that her ex has a history of substance abuse, coupled with verbal and emotional abuse, and was under the influence of illegal substances while Ava was in his custody. She even claimed that Renner once left cocaine on a bathroom counter, well within reach of his daughter.

His young daughter has also been allegedly been exposed to a revolving door of women coming and going from Renner’s house, and the toddler even provided a list of their names: “Tayler, Kelley, Natalie, Summer, Faith, Christina, Naz and Jessica.”

Renner’s camp has yet to respond to the allegations.