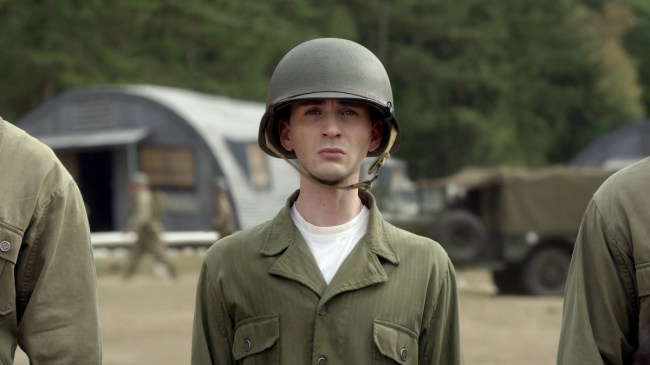 Prior to breaking through to the A-list with his starring role in Succession, 43-year-old Jeremy Strong spent about a decade cultivating a career as a respected character actor, appearing in films such as Lincoln, Zero Dark Thirty, Selma, The Big Short, and more.

As it turns out, though, Strong’s big break almost came sooner as he recently revealed he was almost cast as Steve Rogers in the original Captain America film. Don’t worry, though, Strong wasn’t going to be juiced up and punching Red Skull in the face as he was going to be cast as the BODY of Steve Rogers (and not his head) prior to the character receiving the supersoldier serum.

“They told me there was a top-secret film about Captain America. They needed someone to play Captain America’s young body, before he turns into a superhero. They said they needed a transformational actor and would use CGI to put the actual actor’s face and voice over my own,” Strong told The Times.

“I was broke. I needed money. I considered it. But that’s my story of L.A. It was just never going to happen for me here. It didn’t feel like what I had to offer was valued… And the next day I went back to New York and did a play about a veteran from Afghanistan in a wheelchair during the blackout of 2003.”

Strong’s next role will be starring in James Gray’s Armageddon Time alongside Anne Hathaway and Anthony Hopkins, which is currently playing in theaters. He’s also returning for season four of HBO’s hit drama series Succession, which will hit theaters next Spring.