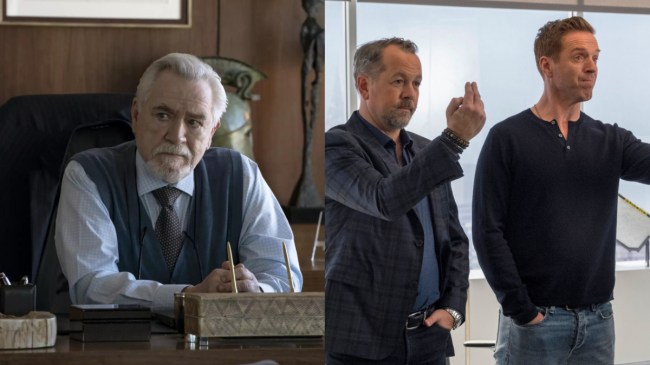 Every time I’ve written about Brian Cox, my number one takeaway is that this dude — whether it be through nature, nurture, or the blissful carelessness that comes with elder age — simply does not give a f**k.

Whether it be openly admitting he stupidly turned down roles in Game of Thrones and Harry Potter to dunking on Johnny Depp to questioning Succession co-star Jeremy Strong’s method acting, the 76-year-old Scot truly seems like he has, as the kids say, run out of f**ks to give.

Because of that willingness to let it rip, Cox recently took a brutal stray shot at the Showtime series Billions while discussing how long HBO’s smash hit Succession, which sees him star as media magnate Logan Roy, will stay on the air.

Asked by The Times of London how long Succession will stick around as it enters its fourth season, Cox — totally unprovoked — compared the show to Billions in the most brutal way possible.

“I don’t know,” Cox responded. “No one’s had their contracts renewed. Who knows how long it will go on? We don’t want it to overstay its welcome, like [Showtime’s] Billions; that’s past its sell-by date. That will not happen with our show.” [via The Times]

Never change, Brian Cox. A) because your candor is very refreshing, B) I usually find myself agreeing with you, and C) because it gives me things to write about.

As previously mentioned, the fourth season of Succession has been in production this past summer, meaning it’ll likely hit HBO either next Summer or next Fall.

RELATED: ‘Succession’ Star Brian Cox Reveals He’s Turned Down Some Massive Roles Over The Years, From ‘Game of Thrones’ To ‘Harry Potter’