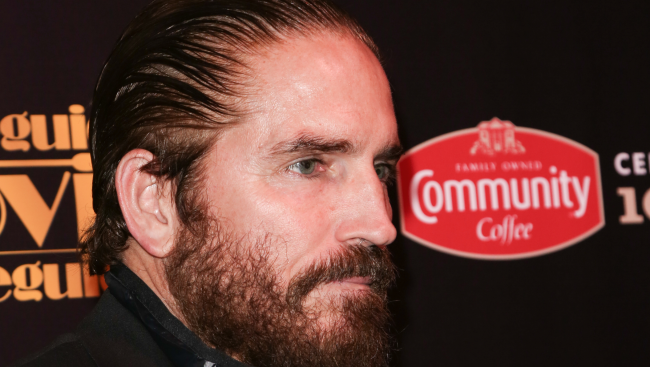 Actor Jim Caviezel, best known for starring in the TV show Person of Interest and for playing Jesus in the film The Passion of the Christ, hasn’t appeared in much since the CBS crime drama ended in 2016.

He has appeared in five movies since then, none of which you have probably heard of – The Ballad of Lefty Brown, Paul, Apostle of Christ, Running for Grace, Onyx, Kings of the Grail, and Infidel.

Now, however, Caviezel appears to have a new direction in his life – one of spouting conspiracy theories that are so far fetched you can’t even really make jokes about it.

Over the weekend, Caviezel appeared at something called the Health and Freedom Conference in Tulsa, Oklahoma – an event that appears to have been run by various COVID-deniers, anti-maskers, and vaccines cause autism spreaders and will include a public mask-burning. Fun!

During his appearance, Caviezel was discussing his latest role, playing a real-life former US government agent named Tim Ballard in the film Sound of Freedom, he was asked about the topic of sex trafficking. Ballard reportedly quit his job as a government agent to devote his life to rescuing children from global sex traffickers.

Caviezel responded that Ballard was supposed to also be present for the Q&A but he was “down there saving children as we speak. Because they are pulling kids out of the darkness and recesses of hell. The adrenochroming of children, look where we are at right now, hopefully, we need your prayers.”

When the interviewer asked Caviezel to explain the word adrenochrome, he replied, “essentially, you have adrenaline in your body. I’ll just simplify it. When you are scared you produce adrenaline. When you are an athlete, you get in the fourth quarter you have adrenaline that comes out of you. If a child knows he is going to die, his body will secrete this adrenaline and they have a lot of terms that they use, that he takes me through, but it’s the worst horror I’ve ever seen. The screaming alone, even if I never ever, ever, ever saw it. It’s beyond and these people that do it, there will be no mercy for them.”

He then added that the movie Sound of Freedom is “on the level of Academy Award level.”

Here. The movie is so darn good that you can watch the entire film below on YouTube and judge for yourself.

As for his conspiracy theory about adrenochroming, until one person provides a single shred of concrete evidence that that sort of thing actually happens, well…

When they hear what Jim Caviezel said. pic.twitter.com/H0QoVb63tG

Jim Caviezel is no longer a Person Of Interest. https://t.co/htK2kjCEnt

Jim Caviezel is a hero. He put his reputation, career and life on the line for humanity. Hollywood will now discredit him and call him crazy. God and his children are more important. Those of us awake know the truth. If you feel the same please share for Jim and show ur support.

...i will not say forgive them Father for they know not what they do, because they indeed DO.