New ‘Constantine’ Movie From J.J. Abrams (And Maybe Keanu!) Reportedly In The Works 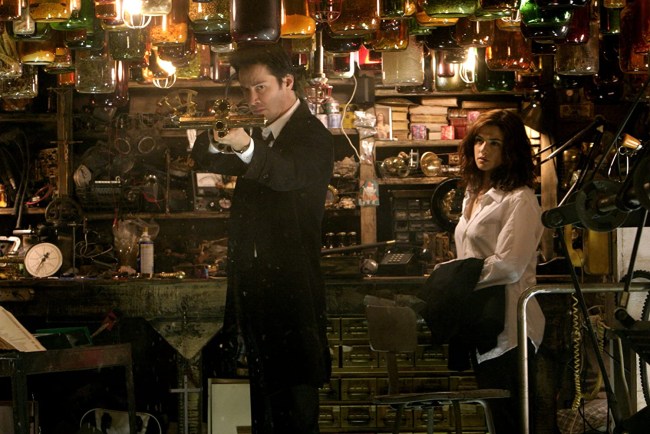 You’ve heard of “good bad movies”, right? We all know the type — movies that aren’t “good” by the traditional definition of the word but are so uniquely enjoyable in their badness that it ultimately winds up being good. These movies make up 50% of Adam Sandler’s filmography. Will Smith’s Wild Wild West. Anaconda. The Final Destination franchise. Snakes on a Plane. Yada, yada, yada, etc, etc, etc.

When it comes to good bad movies, Constantine is my favorite. It’s also sort of cheating consider it may not even be bad enough to qualify in the Good Bad News category, but nevertheless: it’s certainly not “good” but man do I love it. Post-Matrix, pre-John Wick Keanu trying to figure out what the hell his movie is. TWO (!) Academy Award-winning actresses in Rachel Weisz and Tilda Swinton. My MF BOY Shia LaBeouf. Djimon Hounsou! And it’s all about a demon detective.

This was before the modern age of comic book movie-making, though, so no sequel was greenlit nor was a cinematic universe hatched. It faded away and became a common cable re-run before being turned into a short-lived NBC television series.

Now, on the heels of reports that the studio is developing a Zatana film, there are reports that not only is mega-director J.J. Abrams set to produce another Constantine film but that they’re exploring the possibility of getting Reeves to return, which would just be an absolute COUP for DC and Warner Bros. With the main John Wick franchise likely winding down in the coming years, getting Reeves back in a superhero role would be ideal for both the actor ($) and fans (because Keanu).

Have heard some whispers about this. If Keanu Reeves returns, that'll give him yet another iconic character to extend his mainstream popularity. Every decade, this dude rolls out another buzzy title to reignite the public's love. What a movie star. https://t.co/v19a0EAcOD