Joe Biden’s Peloton Is Apparently A Threat To National Security 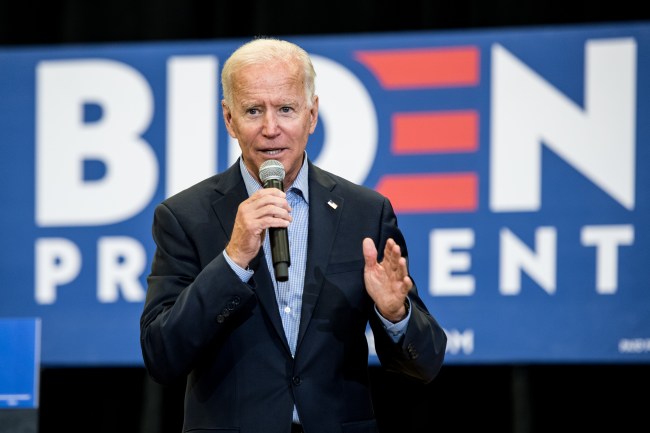 President-elect Joe Biden is going to have to leave his Peloton in Delaware, unless the fitness company offers to customize a secure bike for him:

Joe Biden’s proverbial suitcase is filled to the brim as he prepares for his big move to the White House next week. But he likely won’t be able to lug along one item to 1600 Pennsylvania Avenue: his family’s Peloton bike.

“Because you’re connected to the internet, even though there are firewalls and intrusion detection software … those things can be gotten around if you’re really good and skilled,” Max Kilger, Ph.D., director of the Data Analytics Program and Associate Professor in Practice at the University of Texas at San Antonio, tells Popular Mechanics.

Kilger believes the Secret Service will have to take measures to protect Biden’s Peloton from outside threats. “If you really want that Peloton to be secure, you yank out the camera, you yank out the microphone, and you yank out the networking equipment … and you basically have a boring bike,” Kilger says. “You lose the shiny object and the attractiveness.”

First, I wish Joe Biden would tell us his username. Nothing would make me happier than saddling up to ride with Joe and watching my KJ output leave him so far in the dust that I’m considered unpatriotic. I cannot even imagine how slowly he pedals. Seriously, for a 20-minute HIIT ride, what do you think his output is? Does he crack 100 KJ? 50? On a ride that 50,000 people have taken, is he in the bottom 100? He’s definetely a “good for him” kinda guy. You know, when you’re driving and you see someone jogging but it’s only technically jogging because they’re bringing their elbows high enough to qualify as a jog, despite the fact that their speed is the same as their walk, and you say “good for him” without even realizing it? That kinda guy.

Second, can you imagine if the Russians brought our country down through a Peloton? The entire cyber infrastructure of the country gets hacked—power plants shut down, nuclear reactors under their control, not to mention bluetooth vibrators and genital cages locked for life—all because Sleepy Joe forgot to toggle his camera off during a ’90s Pop ride with Cody Rigsby? Talk about embarrassing. Would definitely take the focus off his low output scores though.

I hope he gets the Michelle Obama treatment (I’m sure he will). She was given a locked and secure Peloton, without a camera or microphone. Truth be told, I’ve never once used the camera, or the microphone. But if Michelle Obama were to follow me on Peloton, it might kinda fun to chat with her while we ride. I need her secret to toned biceps.