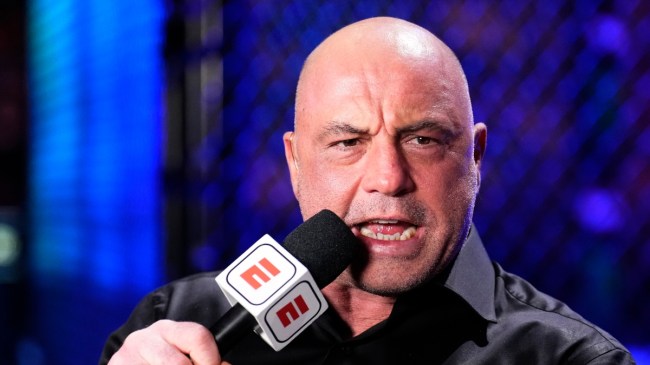 Recently it came out that the ever-popular Liver King was using steroids all along. I mean, it can’t be that shocking considering his physique looks anything but natural. Regardless, after being exposed, the man himself sent an apology video on YouTube. However, Joe Rogan laughed at him and then followed up by ripping him apart.

During a segment on Joe Rogan’s podcast, Derek More Plates More Dates (MPMD) watches the clip with the UFC announcer. Rogan has been calling out Liver King for steroid use for a while now and clearly feels fulfilled watching the apology video. He can’t help but crack up before absolutely roasting him.

At the end of the day, Joe Rogan and Derek MPMD are right. The Liver King could have just made an apology saying he messed up. There are definitely some flaws in his apology video and Rogan and his guest are quick to point them out.

Despite whatever your opinion is of Joe Rogan and his podcast show, he’s absolutely right to call out the Liver King for bringing up people struggling with mental health issues. Especially right at the 10-minute mark where Rogan calls out the hypocrisy of Liver King’s apology.

It also looks like most of the takeaways from his apology are negative. As Derek MPMD claims, had the Liver King just simply apologized and acknowledged he was wrong without making weird subtle statements and trying to shed light on something else, it would have likely been received better by the public eye.

In all, Joe Rogan was right all along and it was a bit hilarious to watch him laugh through the Liver King’s video.