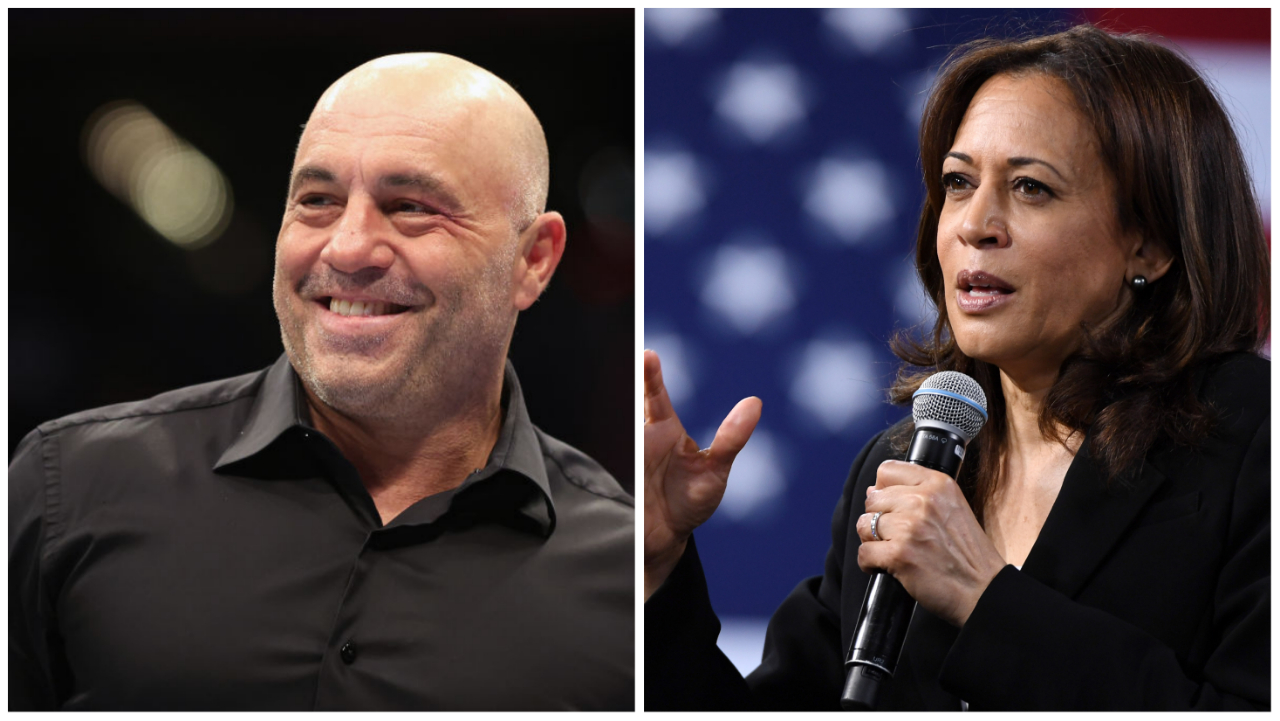 For the past month, Rogan has criticized Harris for calling for Brittney Griner’s freedom despite incarcerating thousands of people for marijuana charges during her time as a district attorney.

“The hypocrisy about the Brittney Griner situation was so egregious in this country, where Kamala Harris is talking about how horrible it is that Brittney Griner is in jail,” “You put people in jail. You did thousands of people in prison for marijuana… It’s crazy.

Rogan also blasted Harris and the White House for promising to exonerate people who were jailed for marijuana offenses while running for office but failing to do so after winning the election.

Like this student, loan debt forgiveness, that’s great. But how come you guys didn’t exonerate people that were in jail for marijuana? When you said you were going to make marijuana federally legal. None of that has happened,

On Saturday, Rogan posted a photoshop that features Harris arresting him for smoking marijuana while she wears a “Free Brittney Griner’ pin.