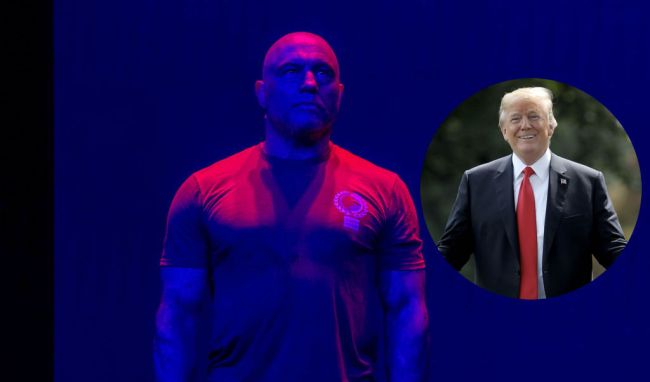 While appearing on Lex Fridman’s podcast, the 54-year-old podcaster and UFC commentator said that he’s turned down the opportunity to interview Trump on multiple occasions because he’s “not interested in helping him” and he is “not a Trump supporter in any way, shape or form.”

“The Trump era is also going to be one of the weirder times,” Rogan said. “When people look back historically about the division in this country, he’s such a polarizing figure that so many people felt like they could abandon their own ethics and morals and principles just to attack him and anybody who supports him because he is an existential threat to democracy itself.”

“I’m not a Trump supporter in any way, shape or form” he added. “I’ve had the opportunity to have him on my show more than once — I’ve said no, every time. I don’t want to help him. I’m not interested in helping him.”

Rogan said he believes Trump will run for President in 2024 after losing the White House to current President Biden in 2020. When weighing in on whether or not he thinks Trump could win, Rogan seemed to lean towards believing so:

“He’s running against a dead man, you know? Biden shakes hands with people that aren’t even there when he gets off stage. I think he’s seeing ghosts,” Rogan said.

At this time, Trump has yet to formally announce a 2024 bid for the White House.