Joe Rogan Under Fire For Saying Homeless People Should Be Shot 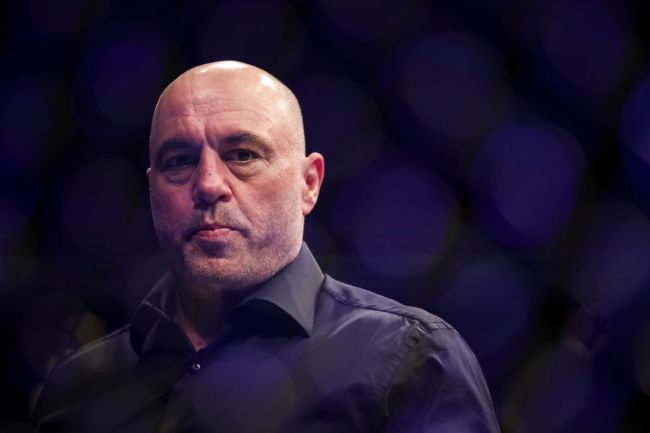 Podcast host and UFC commentator Joe Rogan has once again found himself in hot water over comments he made on his podcast The Joe Rogan Experience.

During a recent episode of The Joe Rogan Experience with comedian Tom Segura, the 54-year-old Rogan — while discussing the homelessness issue in Los Angeles — suggested that “maybe you should just go shoot the homeless people.

Tom Segura: When you see stuff like that on the streets, at least in Los Angeles or California, that’s protected property. Like by law. That’s that’s person’s property by law.

Segura: Absolutely. If you were to try to move that or take that—

Rogan: You’d get arrested. Hilarious. But they wouldn’t arrest you if you shot somebody. Maybe you should just go shoot the homeless people.

Nothing like a couple of rich fucks setting around smoking cigars and criticizing people at their rock bottom.
And that last line? "Maybe you should just go S**T the homeless people" pic.twitter.com/eCp1HSkJj4

According to a report from Variety, murders of homeless people in Los Angeles went up 47% last year over the previous year.

“The comments about beginning to kill homeless people hits too close to reality for any comfort, because murders of homeless people in Los Angeles went up 47% last year over the previous year…. There is a bit of an unfortunate vigilantism already in Los Angeles towards people devastated by homelessness and they don’t need any encouragement,” said Andy Bales, who serves as president and CEO of the downtown L.A. homeless shelter Union Rescue Mission.

These comments about homeless people are just the latest incendiary remarks from Rogan to cause a backlash, who seemingly makes weekly headlines with something he says on his podcast.