Joe Rogan Says Brittney Griner Is The ‘Clearest Form Of Political Prisoner’, Russia Is Just ‘Showing Off Their Big D**k’ 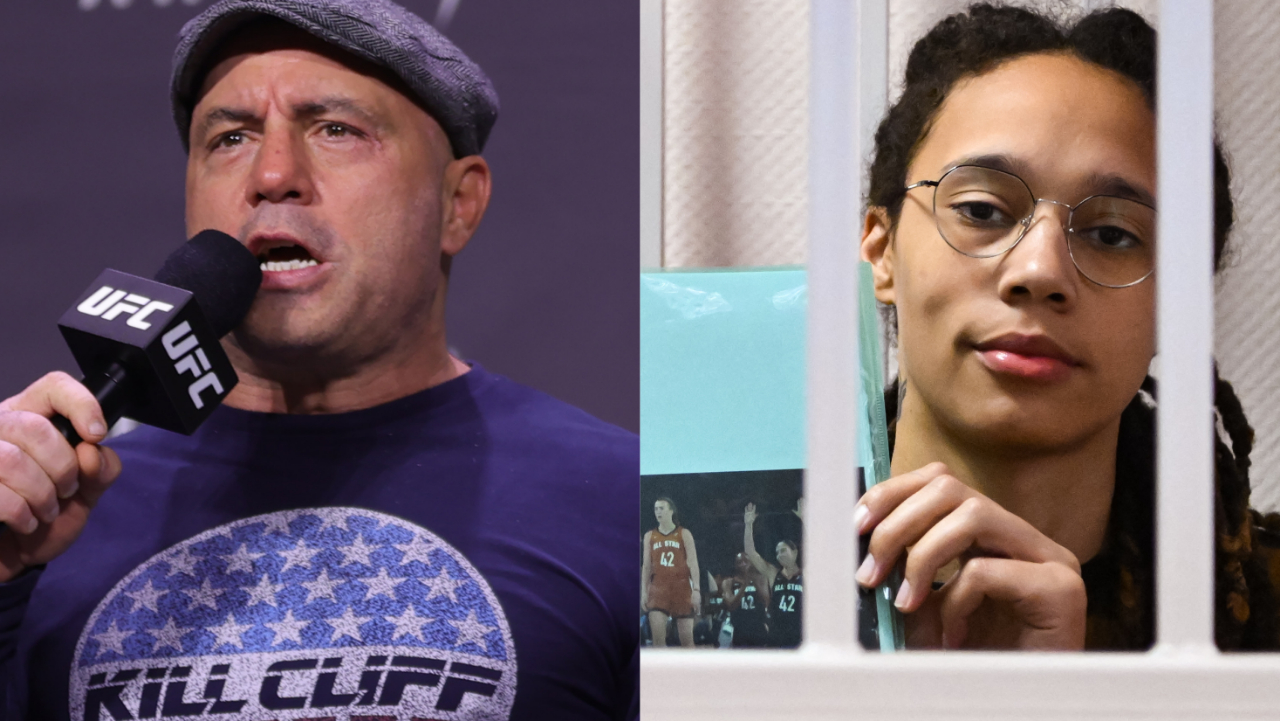 Joe Rogan has chimed in on the Brittney Griner/Russia situation, and he’s showing his support for the WNBA star, who has been detained in a Russian prison for four months after being caught with two vape pens filled with hashish oil at a Moscow airport.

During a recent episode of the Joe Rogan Experience with guest Paul Virzi, Rogas was appalled over the Griner situation in Russia.

“F*ck, that’s horrible,” “It’s over nothing. It’s like she’s the clearest form of a political prisoner. “

“It’s a publicity thing they’re showing their big dick. It’s like f*ck you, we’ll just keep your girl and lock her up in a cage, f*ck you.

Rogan says he believes that Russia/Ukraine war played a part in Griner getting arrested and detained.

“I would like them to work this out, but I think it’s part of a bigger problem. The bigger problem is that Russia has invaded Ukraine,. Like if she would have gone over there a year and a half ago it would have been no big deal.”

Griner has already pleaded guilty to the drug charges against her, and her trial is set to resume later this month as the US and Russia negotiate a prisoner exchange.